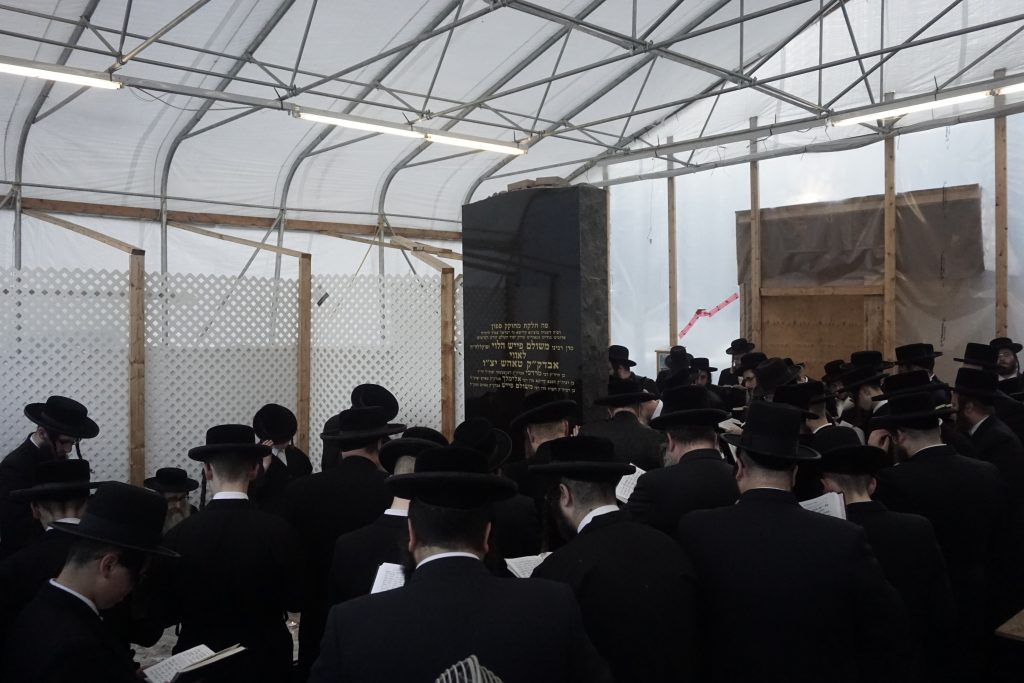 Marking the culmination of the twelve-month aveilus period since the petirah of the Tosher Rebbe, Harav Meshulem Feish Lowy, zt”l, tefillos were held at his kever in Montreal earlier this week.

The year of aveilus for the Rebbe, who was niftar on 27 Av of last year, finished on 27 Tammuz, due to the extra month of Adar II this year.

The tefillos at the Rebbe’s kever were led by his son and successor, ybl”c, the Tosher Rebbe, shlita, who later led a l’chaim tisch in the Tosher beis medrash.