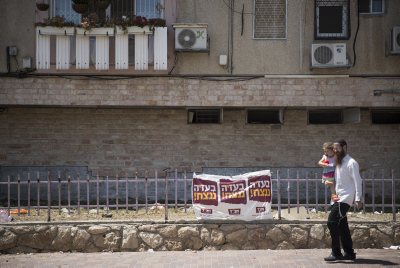 With an exit from Road 6 and a train stop, Kiryat Malachi would seem to have what it takes to become a major population center. Why this hasn’t happened until now is anyone’s guess, but growth for the city is now on track, with the announcement by the Housing Ministry of an expansion of the city’s territory, a move that will allow for the construction of 20,000 new housing units, and the absorption of an additional 100,000 residents.

The plan includes construction of several large apartment projects and areas for private homes, as well as the allocation of space for business, industry and leisure. The city has actually generated a great deal of interest among investors, but older housing stock and a lack of space to build has kept many away from the city.

The plans were greeted enthusiastically by Kiryat Malachi Mayor Eliyahu Zohar. “We are ready to turn this city into a major center that will be the home for tens of thousands of new residents, and we are ready to provide services for them at the highest level possible. In recent years the city has undergone significant changes from all points of view, and I have no doubt that the government understands this. We need to become a major population center, and I am sure this will come about eventually,” he said.