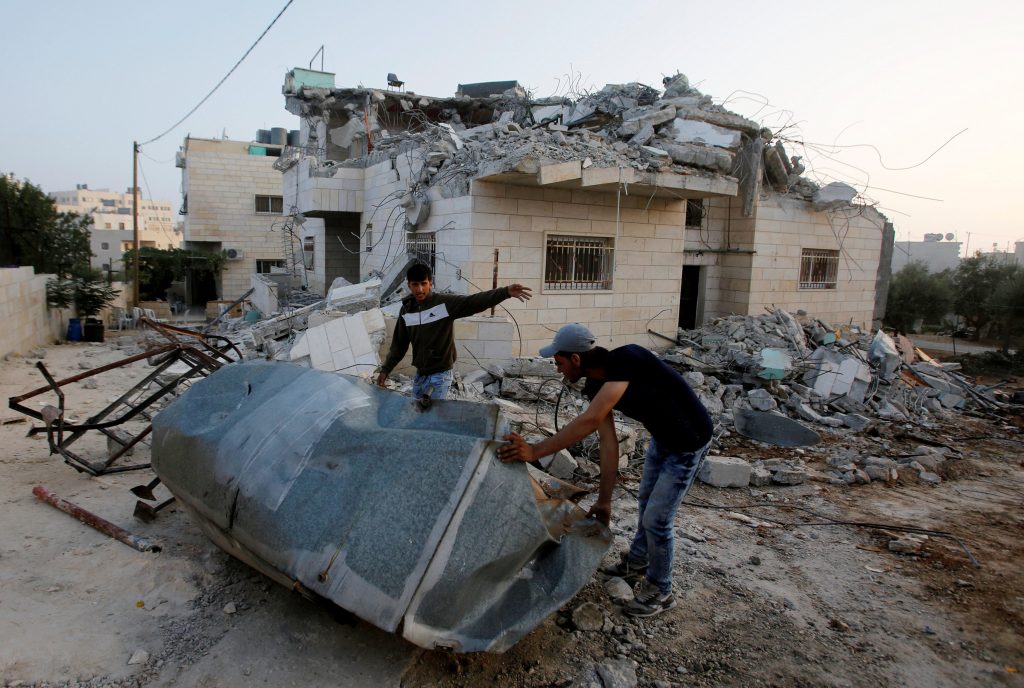 IDF soldiers have demolished the homes of the two Palestinian terrorists behind the deadly Sarona market attack in Tel Aviv in June.

Operating early Thursday morning, security forces destroyed Khalid Makhmareh’s home in Yatta, south of Chevron, along with the home of his cousin, Mahmoud Mehamara, in Khirbet Raka’a, also in the Chevron area.

In the Tel Aviv attack, the cousins, both dressed in black suits, opened fire at a restaurant. Four Jews were killed, Hy”d, and several were wounded in one of the deadliest attacks in a 10-month wave of Palestinian violence. The terrorists were apprehended near the scene.