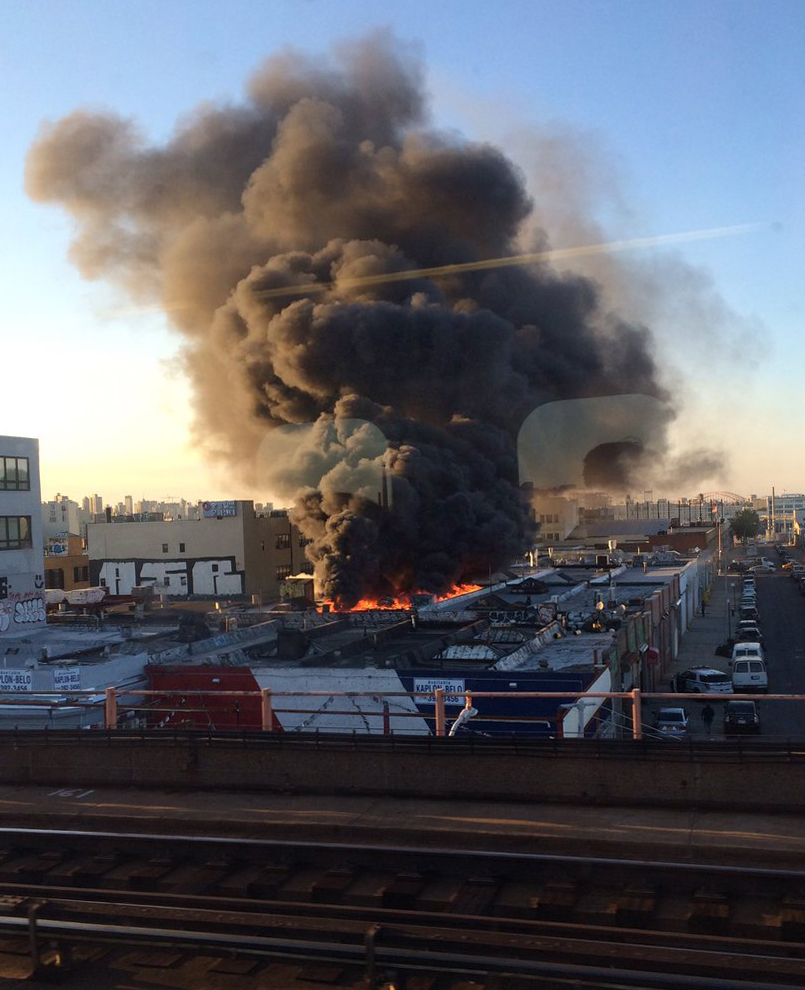 Fire officials say hundreds of firefighters and emergency workers have contained a massive blaze inside a New York City warehouse.

The New York Fire Department says the Queens fire was under control around 11:20 p.m. Wednesday, about four hours after it broke out.

Leonard says the millwork factory was destroyed, but firefighters were able to save three large businesses.

Images of the fire show big billows of black smoke rising above railyards adjacent to the burning building in the borough’s Sunnyside neighborhood.

Officials say fire marshals will investigate what sparked the blaze inside the building.