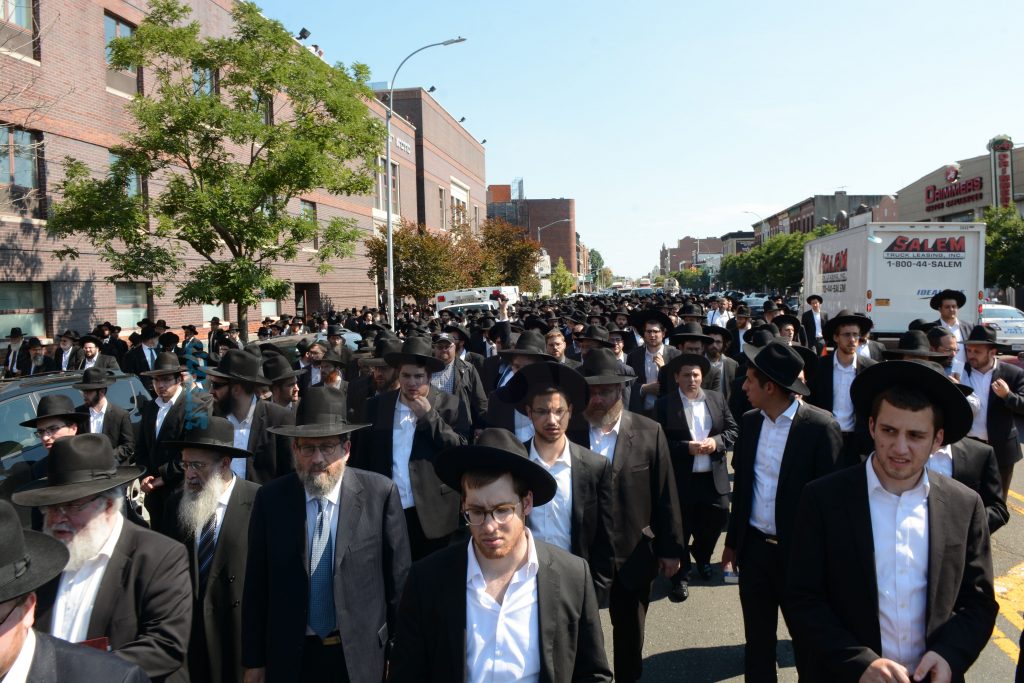 The Rebbetzin personified an eishes chaver, who, despite her abundant wisdom and talents, kept her primary mission as one of complete devotion and loyalty to her revered husband, the Rosh Yeshivah.

The Rebbetzin was born in the early 1930s in the Crown Heights section of Brooklyn. Her parents, Reb Baruch (Bernard), z”l, and Mrs. Sara Gittel Leichtung, a”h, were known as great baalei chessed and baalei tzedakah in the community.

As a teenager, the Rebbetzin studied in the Bais Yaakov of Williamsburg under the leadership of Rebbetzin Vichna Kaplan, a”h.

In 1954, she married Harav Aharon Schechter, who despite his youth, had already been selected by his rebbi, Harav Yitzchok Hutner, zt”l, as a future Rosh Yeshivah of Chaim Berlin. With their marriage, the Rebbetzin began what was a long career of total dedication to her husband’s mission. Whether as the wife of a young Maggid Shiur or as a venerated and much-sought-after Rosh Yeshivah, her life and schedule revolved around seeing that nothing would interfere with Rav Schechter’s harbotzas haTorah, klal leadership, or his own learning and avodas Hashem.

As Rav Schechter assumed greater and greater responsibilities in the leadership of Yeshivah Rabbeinu Chaim Berlin, their home increasingly became a constant refuge for an endless stream of his many talmidim. Cooking, serving and doing all that she could to make Rav Schechter’s talmidim welcome, she extended her role as a mother of a young family to become the mother of a yeshivah. Countless bachurim who hailed from remote locations or with complicated family circumstances regularly became adopted as true bnei bayis.

For over 20 years, Rebbetzin Schechter served as a much-beloved and respected English principal at the Yeshivah of Brooklyn’s elementary school for girls. Alumni recalled that the Rebbetzin struck a masterful balance between maintaining discipline and decorum in the school, while showing a sincere sense of warmth and caring to her many talmidos.

Those who were privileged to know the Rebbezin remembered her as a woman of exceptional intelligence, humor and a natural sense of royalty. Despite her “down-to-earth” manner, the Rebbetzin’s words were typically measured and bore the sign of having been carefully thought out, whether discussing mundane matters or important decisions.

The levayah was held on Thursday afternoon at Yeshivah Rabbeinu Chaim Berlin and continued to Beth David Cemetery in Elmont, New York, for kevurah.

A longer tribute will appear, be”H, in a later edition.