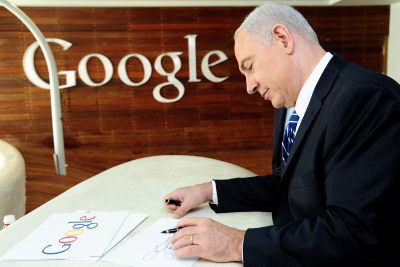 Israelis faced with a choice of jobs at a “blue and white” firm or an international conglomerate would do far better choosing the latter, a study by the Finance Ministry shows. In the comprehensive study of workers over a five year period, the Ministry discovered that workers at local branches of international firms earn substantially more money than do workers at Israeli born and bred firms, while productivity for such workers was also much higher. Even just having a few years experience at such firms makes a worker more valuable on the job market.

The study included workers at the 450 top companies in the Israeli economy, and concentrated on the years 2005-2010. However, projections made for the current period are accurate, the Ministry said. The current average salary of a worker in a top multinational firm, most of which are in the technology sector, was NIS 28,768, as opposed to the average salary in top Israeli tech firms, which was NIS 18,410. Some 190,000 people are employed at multinationals, a total of 5.8 percent of the workforce. The international average is closer to 19 percent.

Productivity at multinationals is also far higher than at local companies – by about 40 percent. The study said that part of the reason for this was because multinationals competed in areas of advanced technology with larger profit margin.

Even having worked for a short period at a multinational had a positive effect on salaries. The study discovered that salaries for workers who had spent just two years at such companies were on average 4 percent higher than for those who worked only at local companies.

“The ability of multinationals to identify top workers, as reported in professional literature on human resources, increases their ability to achieve higher rates of productivity,” the study said.