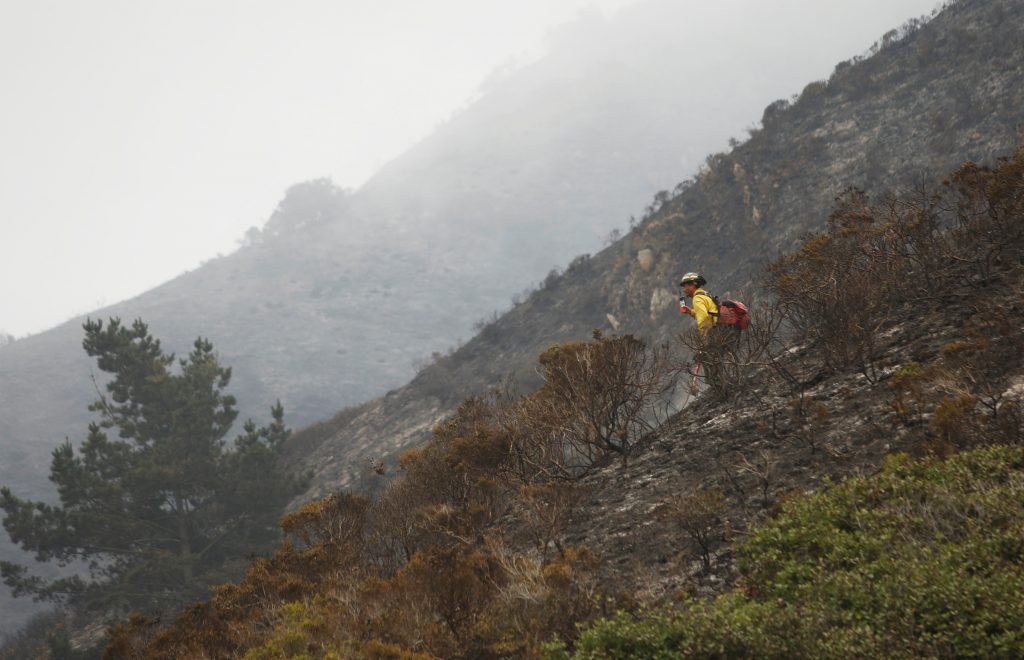 A deadly wildfire that continues to spread near California’s scenic Big Sur region was started by an illegal camp fire, a fire official said Tuesday.

Officials are still trying to determine who started the fire and are seeking information from campers who were in the area before the massive blaze charred more than 69 square miles and destroyed 57 homes, McClain said. “They have determined the place of origin and the cause, and they are still trying to find who and why,” she said. “They don’t know if it was intentionally set or not, that part is still on-going.”

A bulldozer operator working the fire lines was killed last week, in a rollover accident in the steep, forested ridges.

More than 5,400 firefighters from across California are fighting the blaze that is threatening 2,000 structures. It was 25 percent contained by Tuesday.

All California state parks in the area were closed until further notice.

Farther north, a quickly-spreading grass fire near Lake Berryessa prompted the evacuation of an RV and tent camping site off of Highway 128 in Yolo County. The blaze started Tuesday afternoon and grew to 2.6 square miles in hours.

In California’s Central Valley, crews gained greater control over a stubborn wildfire that has destroyed three homes and is threatening another 400 northeast of Fresno. It has burned two other buildings. Authorities said firefighters increased containment to 60 percent.

The California Department of Forestry and Fire Protection said about 300 people were under evacuation orders from homes just outside Sierra National Forest. The 3.4-square-mile blaze started Saturday and quickly spread through steep, rugged terrain covered with dry vegetation and dead trees.