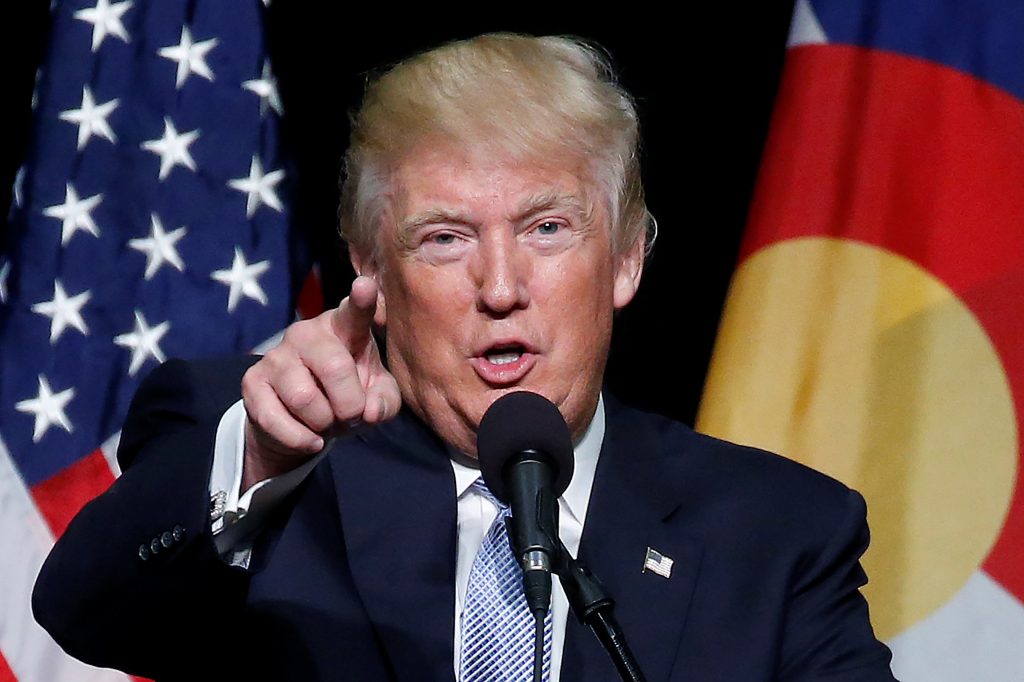 The Republican Party was in turmoil again Wednesday, as party leaders, strategists and donors voiced increasing alarm about the state of Donald Trump’s candidacy and fears that the presidential nominee was damaging the party with an extraordinary week of self-inflicted mistakes, gratuitous attacks and missed opportunities.

Republican National Committee Chairman Reince Priebus was described as “very frustrated” and stressed by Trump’s behavior over the past week, having run out of excuses to make on the nominee’s behalf with donors and other party leaders, according to multiple people familiar with the events.

Meanwhile, Trump’s top campaign advisers are failing to instill discipline on their candidate, who has spent the past days lunging from one controversy to another while seemingly skipping chances to go on the offensive against his Democratic opponent, Hillary Clinton.

Trump allies on Wednesday publicly urged the candidate to reboot, furious that he has allowed his confrontation with the parents of dead U.S. Army captain Humayun Khan to continue for nearly a week. They also are angry with Trump over his surprising refusal in a Tuesday interview with The Washington Post to endorse House Speaker Paul Ryan, R-Wis., or Arizona Sen. John McCain – two of the party’s top elected officials – in their upcoming primary campaigns.

Former House speaker Newt Gingrich, one of Trump’s most loyal defenders, warned that his friend was in danger of throwing away the election and helping to make Democratic nominee Hillary Clinton president unless he quickly changes course.

“The current race is which of these two is the more unacceptable, because right now neither of them is acceptable,” Gingrich said in a Wednesday morning telephone interview. “Trump is helping her to win by proving he is more unacceptable than she is.”

Gingrich said Trump has only a matter of weeks to reverse course. “Anybody who is horrified by Hillary should hope that Trump will take a deep breath and learn some new skills,” he said. “He cannot win the presidency operating the way he is now. She can’t be bad enough to elect him if he’s determined to make this many mistakes.”

Reed, who managed Bob Dole’s 1996 presidential campaign, recommended that Trump “stop doing silly interviews nine times a day that get you off message” and deliver a major address seeking to reset the campaign, establishing himself as the change candidate.

“Trump needs to do a little message discipline 101 – give a reset speech on the stakes of the election, the weakness of the economy and take it to Hillary,” Reed said. “He needs to get back on offense.”

Reed said such a pivot is “mandatory” for Trump to be successful, as is smoothing relations with Ryan, McCain and other GOP leaders. “If Trump decides he wants to go it alone, it is a lonely road,” he said.

Reports that senior Republicans were planning an intervention by Gingrich, former New York mayor Rudy Giuliani and other Trump loyalists to try to settle the candidate were dismissed by campaign chairman Paul Manafort. He told Fox News, “This is the first I’m hearing about that.” He said the campaign is “focused,” in “very good shape” and “moving forward.”

Still, one GOP strategist familiar with the discussions underway suggested a more informal meeting might occur, if not with outsiders then with members of Trump’s family, who have exerted the most influence on him in past moments of crisis.

“I think there’s a lot of people talking about who they would get together. But it hasn’t happened yet,” said the strategist, who spoke on the condition of anonymity to describe the confidential discussions.

A second Republican strategist who also knows Manafort said he believes Trump’s campaign manager will be doing everything he can to get the operation on track.

“He’s the most aggressive guy I’ve ever met,” said this person, who spoke on the condition of anonymity to give a candid assessment. “He’s always going to lean in. My guess is he’s trying to make the best of this for the campaign.”

From Washington to state capitals around the country, a feeling of despair and despondence fell over the Republican establishment. Two weeks ago at the party’s national convention in Cleveland, GOP leaders were buoyed by what they saw in Trump. “I’m pulling for him, but he’s not driving on the pavement. He’s in the ditch,” said Henry Barbour, an RNC member and veteran strategist in Mississippi. “I’m frustrated. There’s time to fix it, but there’s one person who can fix it. It’s up to him. Republican voters have empowered him to be our nominee and he’s the one who’s got to perform.”

A Republican consultant who is working on a number of Senate and gubernatorial races around the country says the situation is wreaking havoc.

“Every conversation you have with every campaign in America, the first question is: How do you deal with Trump?” It is a double-edged problem, having to distance from him without infuriating his supporters.

Steve Duprey, another RNC member from New Hampshire and a confidant of McCain and Sen. Kelly Ayotte, R-N.H., both of whom Trump attacked in The Post interview, said Republican leaders are “pretty unhappy.”

“People are more frustrated than they have been with past indiscretions,” Duprey said, referencing his intraparty attacks as well as his feud with the Khan family. “People are just going, ‘Can you believe this?’. . . Our nominee is losing opportunities to make the case why he should be elected instead of Mrs. Clinton and instead spending all of his time dealing with controversies of his own creation.”

Trump has failed to take advantage of Friday’s report showing slow economic growth in the last quarter or on an interview Clinton gave to Fox’s Chris Wallace on Sunday in which she said that FBI Director James Comey had generally agreed with her characterizations of the use of a private email server as secretary of state. The interview has drawn criticism from news organization fact checkers.

“Donald Trump can still win this thing, but not on the current trajectory that he’s on, and that’s really up to him,” said RNC member Henry Barbour. “At some point, he needs to be immeasurably better than Hillary Clinton, but he’s not going to have an opportunity to govern if he doesn’t begin to bring Republicans together and then, eventually, bring independents and even Democrats on board and convince them that he can do this job.”

Barbour said he, like others, has been frustrated at missed opportunities since the Democratic convention ended Thursday night. “The last several days have made this election a referendum on Donald Trump. We want this to be a referendum on Hillary Clinton and the wrong direction the country’s on.”

RNC chief Priebus has had multiple conversations with Trump and the Trump campaign, although none during the past 24 hours, but remains “very frustrated,” according to a GOP strategist familiar with events.

“It’s the totality of the week,” the strategist said. “The whole Khan thing kicking off the week was a concern to him, and then obviously all the other smaller issues were. He’s been going after this all week. The [failure to endorse Ryan and McCain] was like the cherry on the cake.”

Gingrich said Trump is continuing to operate on instincts that helped him in business and in the primaries but said the GOP nominee doesn’t realize those skills are not adequate for a general election.