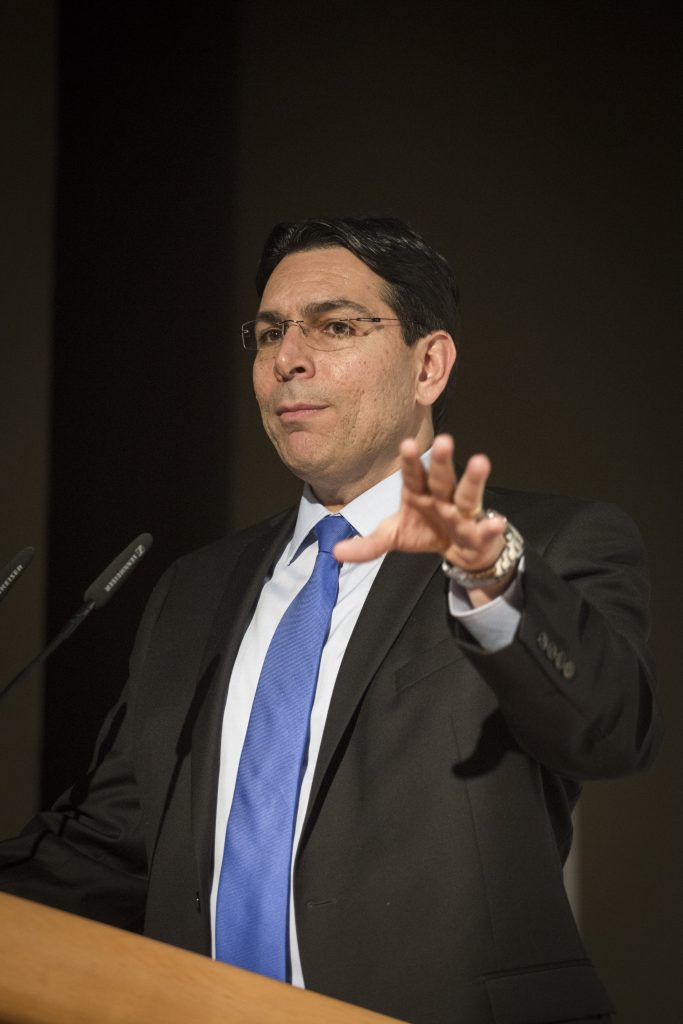 Israel’s U.N. Ambassador Danny Danon hosted a tour of the country for a dozen ambassadors from around the world on Tuesday, which overlapped with the current outreach to Africa.

The visit featured the traditional security overflight by helicopter pointing out Israel’s small size and vulnerability, briefings at the borders, and a drop-in at Ziv (Sieff) Hospital in Tzfas to observe firsthand the humanitarian and medical aid offered to refugees from Syria’s civil war. All was geared to helping the diplomats better understand the challenges Israel faces.

Danon said Equatorial Guinea is expected to replace Egypt as the African representative in the U.N. Security Council in 2018-2019, so strengthening ties with the small nation could bring significant returns.

Not all countries at the U.N. get directives on how to vote from their capitals, Danon said. “Sometimes the ambassadors of small countries decide on their own. There are some who were once foreign ministers, who have the status of being able to determine policy.”

An event involving Prime Minister Binyamin Netanyahu and a number of African leaders is being planned for the U.N. in September, as well.

This week’s ambassadorial trip was organized by the American Jewish Committee’s Project Interchange in coordination with the Israeli Mission to the U.N.