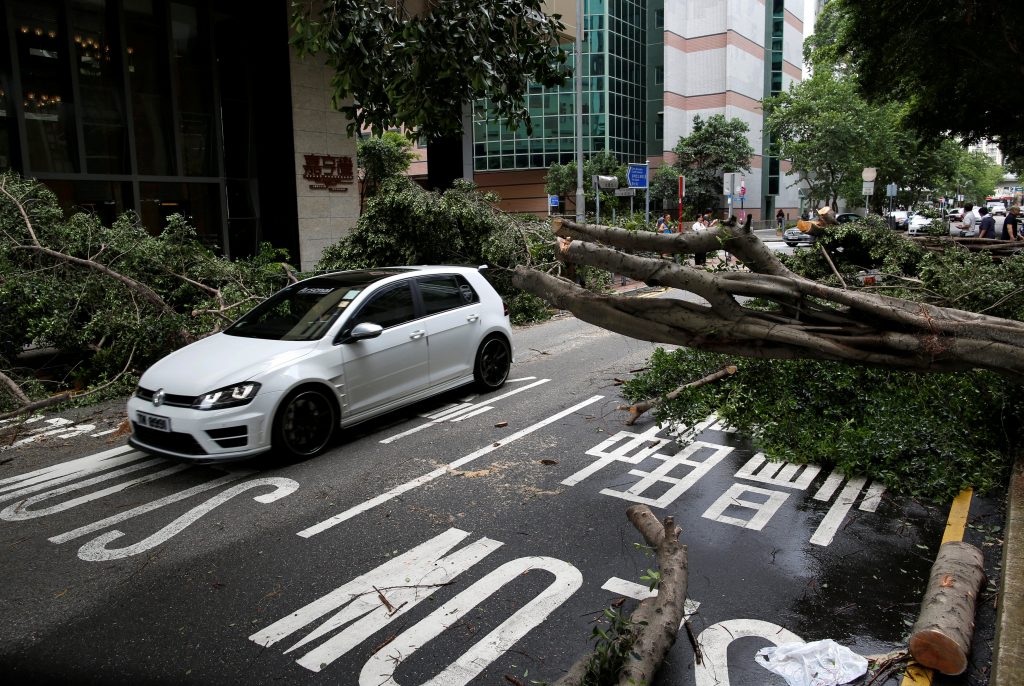 Typhoon Nida swept through Hong Kong on Tuesday, shutting down most of the financial hub and disrupting hundreds of flights with gale-force winds, while low-lying areas were put on flood alert.

More than 150 flights were cancelled, the Airport Authority said, with Cathay Pacific and Dragonair warning that none of their flights would be operating until 2 p.m. at the earliest.

Thousands of passengers were stranded at the airport and about 325 flights are expected to be rescheduled.

The city’s ferry, tram and bus services gradually resumed in the afternoon after the Hong Kong Observatory lowered the tropical cyclone warning to 3 from 8, shortly after midday.

Trading in Hong Kong Exchanges and Clearing Limited (HKEx), including Shanghai-Hong Kong Stock Connect trading, and the derivatives market, would be suspended for the rest of the day.

Streets had been largely deserted and shops shuttered since Monday evening when the typhoon strength signal 8 was hoisted, prompting many people to leave work early.

Nida was moving inland and winds near its center had showed signs of weakening, the Hong Kong Observatory said.

Across the border, part of Guangdong province closed offices, factories and schools as the typhoon swept across the southern part of the metropolis of Guangzhou.

Airports in the southern part of the province, including Shenzhen and Zhuhai, cancelled most flights while more than 35,000 people were evacuated, state media reported.