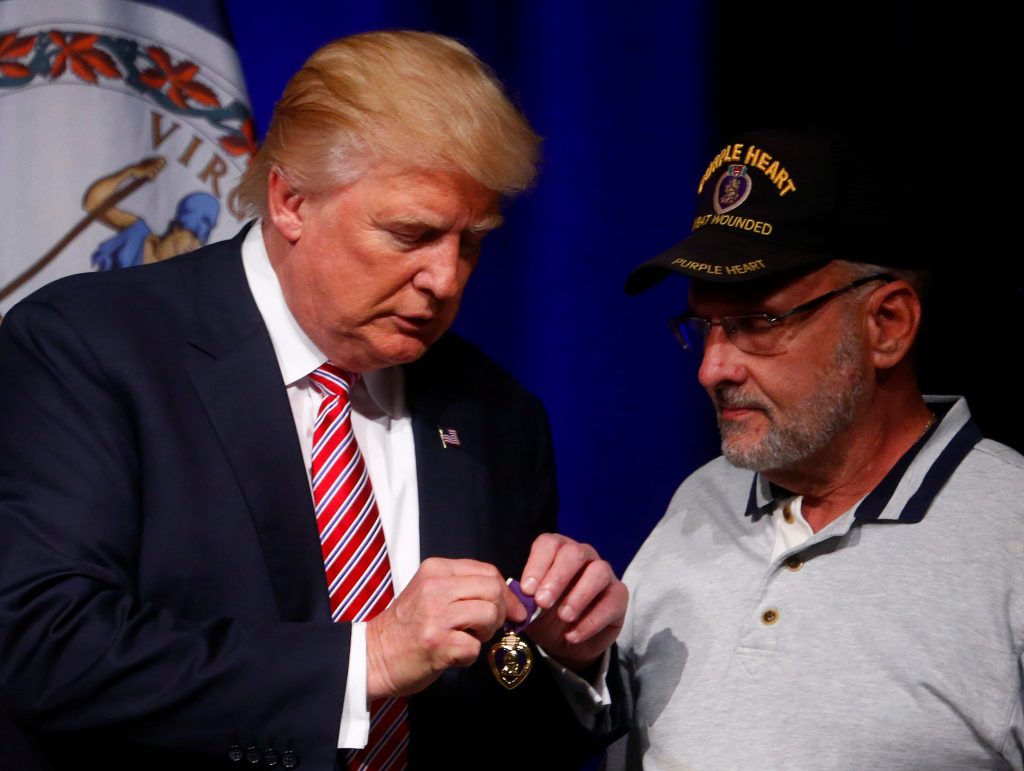 “Hillary Clinton has proven herself unfit to serve in any government office,” Trump said in a statement shortly after Obama issued a scathing attack and challenged Republican leaders to withdraw support for their “woefully unprepared” nominee.

In a searing denouncement, President Barack Obama castigated Donald Trump as “unfit” and “woefully unprepared” to serve in the White House. He challenged Republicans to withdraw their support for their party’s nominee, declaring “There has to come a point at which you say ‘Enough’.”

While Obama has long been critical of Trump, his blistering condemnation Tuesday was a notable escalation of his involvement in the presidential race. Obama questioned whether Trump would “observe basic decency” as president, argued he lacks elementary knowledge about domestic and international affairs and condemned his disparagement of an American Muslim couple whose son was killed while serving the U.S. Army in Iraq.

A chorus of Republicans has disavowed Trump’s criticism of Khizr and Ghazala Khan and the Republican nominee’s calls to temporarily ban Muslims from coming to the U.S. But Obama argued that isn’t enough.

Obama’s harsh comments were an attempt to raise the stakes for Republicans, suggesting their support for Trump will taint their party for years to come. His statements also dovetail with Democratic nominee Hillary Clinton’s efforts to reach out to Republican voters – particularly women – who may be so upset by Trump that they’re willing to look past policy differences and questions about Clinton’s character.

The president – who is enjoying heightened popularity in his eighth and final year in office – plans to campaign robustly for Clinton through Election Day. He and first lady Michelle Obama spoke at last week’s Democratic convention in Philadelphia.

The Khans also appeared at the convention, with Khizr Khan telling the story of his son, U.S. Army Capt. Humayun Khan, who was posthumously awarded a Bronze Star and Purple Heart after his death in 2004. Khan criticized Trump’s position on Muslims and asked whether the real estate mogul had read the Constitution.

For most politicians, tangling with a bereaved military family would be out of bounds. But Trump dove in, questioning why Ghazala Khan did not speak, implying her religion prevented her from doing so, and saying he was “viciously attacked” by Khizr Khan.

Arizona Sen. John McCain, a former prisoner of war, said Trump did not have “unfettered license to defame those who are the best among us.” Rep. Mike Coffman, a vulnerable Republican in a competitive Colorado district, said he was “deeply offended when Donald Trump fails to honor the sacrifices of all of our brave soldiers who were lost in that war.” Missouri Sen. Roy Blunt said the Khans “deserve to be heard and respected.”

Sen. Mark Kirk, who is facing a tough reelection fight in Illinois, rescinded his endorsement of Trump in June after the GOP nominee criticized an American-born judge’s Mexican heritage. Others, including Senate Majority Leader Mitch McConnell and House Speaker Paul Ryan, have broken with the nominee on individual issues but continue to back his candidacy.

Ahead of Obama’s remarks Tuesday, GOP Rep. Richard Hanna of New York said he would be voting for Clinton. Hanna, who is retiring from Congress, had previously said he couldn’t back Trump.

Writing in the Syracuse Post-Standard, Hanna said that while he disagrees with Clinton on many issues, “I trust she can lead.”