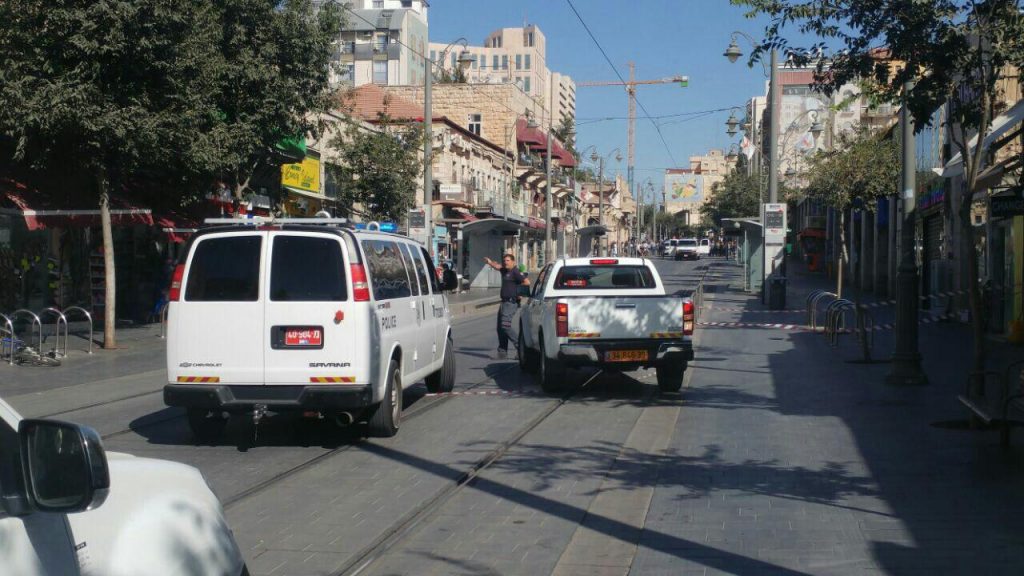 Police and Shin Bet officials revealed Tuesday that they had foiled a plot to blow up the Yerushalayim light rail. In custody was Ali Abu Hassan, a 21-year-old engineering student at the Chevron University, who was planning the attack in response to what he called the “invasion” of Jewish visitors to Har HaBayis.

The arrest took place about two weeks ago. Several days before his arrest, Hassan slipped into Yerushalayim and reached the village of Jabel Mukaber, where he shaved and donned modern clothes, hoping to fit in and avoid raising suspicions. The following morning, he got on a bus in the Talpiot neighborhood and took it to the center of the city, eventually reaching the light rail station at the corner of Jaffa and King George Streets.

Inside his backpack, he carried a pipe bomb that would have been powerful enough to blow up one of the light rail cars. Hassan initially considered setting the bomb off in a nearby restaurant, but then decided the light rail would be a better target. Security personnel noticed his behavior, and checking his backpack, discovered Hassan’s pipe bomb. He was held until police arrived and detained him.

According to police, Hassan had planned the attack for some time. Before leaving to carry out the attack, he left a letter that he asked be given to his parents.

Hassan is to be charged with attempted murder, manufacturing illegal weapons and conspiracy. His remand was extended in a hearing Tuesday morning in a Yerushalayim courtroom.