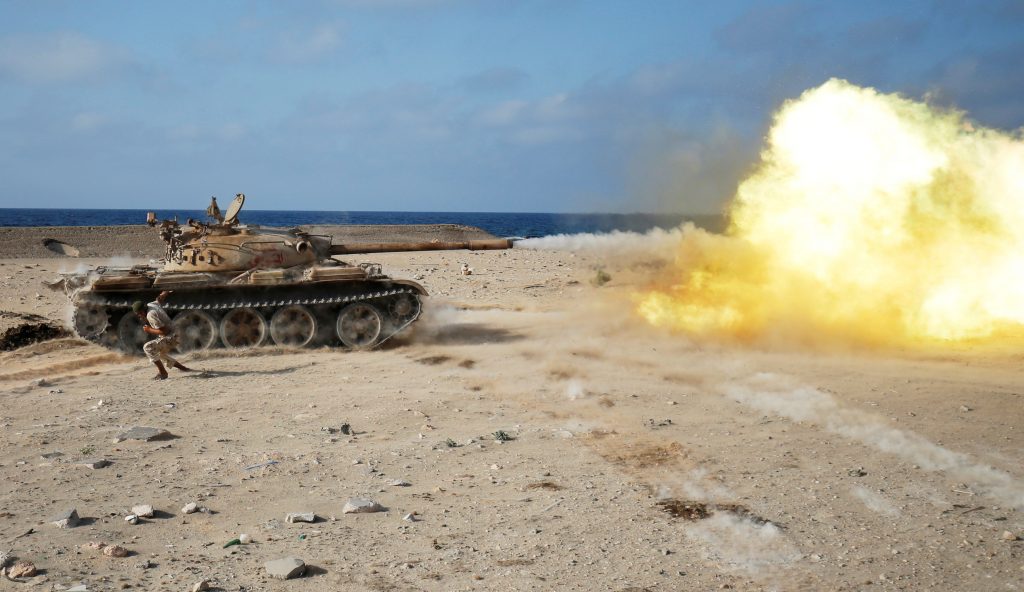 President Barack Obama said on Tuesday it is in the U.S. national security interest to support& Libya’s emerging government’s fight against Islamic State, a day after his administration said it launched air attacks there.

The air strikes were undertaken to make sure that& Libyan forces were able to finish the job of fighting the radical terrorist group and to increase stability there, Obama said.

The absence of stability in Iraq and Syria “has helped to fuel some of the challenges that we’ve seen in terms of the migration crisis in Europe,” Obama said.

U.S. warplanes have conducted strikes on seven targets in and around the& Libyan coastal city of Sirte over the past two days, Pentagon spokesman Captain Jeff Davis said at a news briefing on Tuesday.

The strikes have already helped& Libyan forces gain ground against Islamic State, Davis said. One strike, for instance, hit a tank in a wooded area in the southwestern Sirte neighborhood of al Dular.

“That had really proved to be a menacing problem for the GNA,” he said, referring to& Libya’s United Nations-backed Government of National Accord. “It was something they (Islamic State) had used repeatedly to beat back advances.” Since the tank was struck,& Libyan forces have been able to advance into the neighborhood, he said.

The strikes are being carried out by both crewed planes and drones, Davis said, declining to give further details on where the aircraft were operating from. Some number of Islamic State terrorists have been killed in the strikes thus far, though he declined to give a specific number.