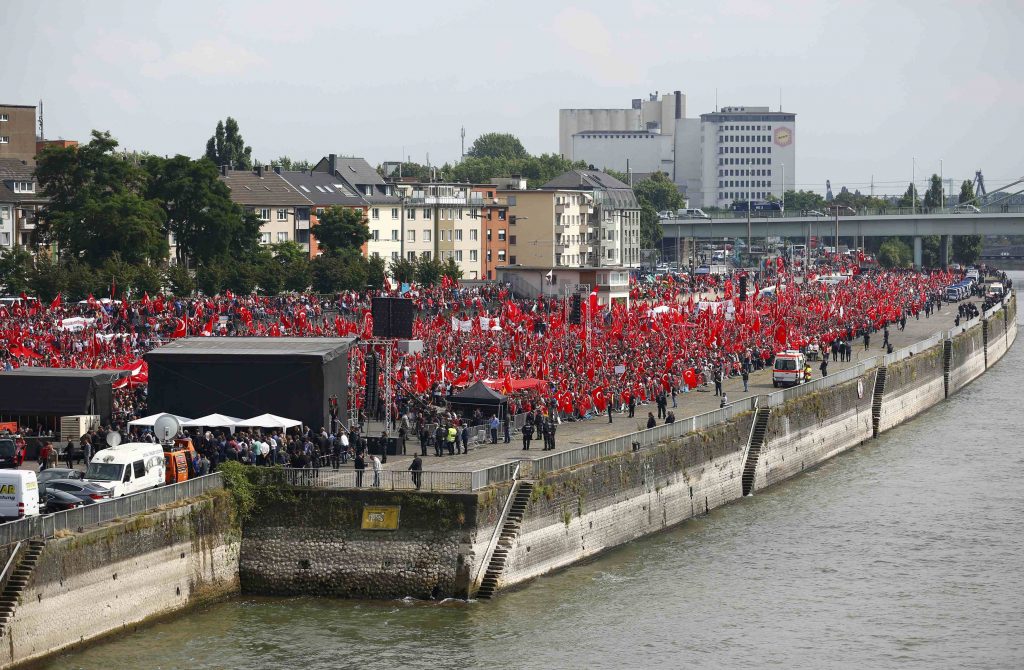 The 11 soldiers were part of a group that launched an attack on a hotel where Erdogan was holidaying on the night of July 15 in the southwestern resort of Marmaris. The president, having been tipped off that he was in danger, had fled the hotel by the time they arrived.

Their capture came after Turkey dismissed nearly 1,400 more members of its armed forces and stacked a top military council with government ministers on Sunday in moves to tighten control of the military after the coup.

Anadolu said the fugitives were caught in the Ula district of Mugla province after gendarme special forces, supported by helicopters and drones, were sent to the area after a tip-off from a local.

Gunfire broke out as the special forces clashed with the fugitives, but there were no reports of any casualties.

Dozens of protesters gathered and jeered outside the gendarme outpost where the commandos were first held before being taken to a police station in the area.

A total of 37 soldiers were reportedly involved in the operation to seize Erdogan in Marmaris and 25 of them had been caught earlier, Anadolu said.

The scale of Erdogan’s crackdown since the coup attempt – more than 60,000 people in the military, judiciary, civil service and schools have been either detained, suspended or placed under investigation – has unnerved Turkey’s NATO allies, fueling tension between Ankara and the West.

Islamic preacher Fethullah Gulen is accused by Turkey of orchestrating the failed putsch. Gulen, who lives in self-imposed exile in the United States, has denied the charges and condemned the coup.