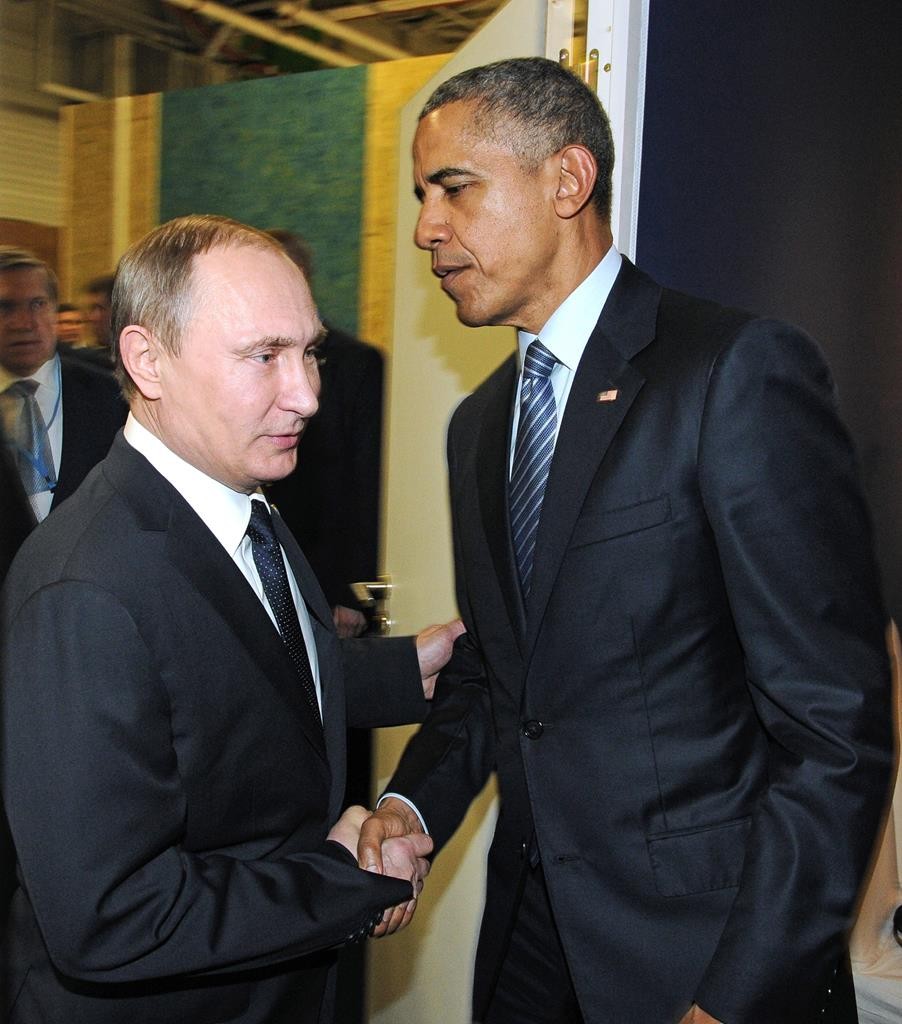 To understand what the Kremlin thinks about the prospect of Hillary Clinton becoming the U.S. president, it was enough to follow Russian state media coverage of her accepting the Democratic nomination.

Viewers were told that Clinton sees Russia as an enemy and cannot be trusted, while the Democratic Party convention was portrayed as further proof that American democracy is a sham.

In her acceptance speech, Clinton reaffirmed a commitment to NATO, saying she was “proud to stand by our allies in NATO against any threat they face, including from Russia.”

In doing so, she was implicitly rebuking her rival, Republican nominee Donald Trump, who has questioned the need for the Western alliance and suggested that if he is elected president, the United States might not honor its NATO military commitments, in particular regarding former Soviet republics in the Baltics.

While Trump’s position on NATO has delighted the Kremlin, Clinton’s statement clearly stung.

“She mentioned Russia only once, but it was enough to see that the era of the reset is over,” Channel One said in its report.

As U.S. secretary of state, Clinton in 2009 presented her Russian counterpart with a red button intended to symbolize a “reset” in relations between the two countries, one of President Barack Obama’s initiatives. In Russia, the gesture is best remembered for the misspelling of the word in Russian, while the reset itself failed in the face of Putin’s return as Russian president in 2012 and Russia’s seizure of Crimea from Ukraine two years later.

Clinton once compared the annexation of Crimea to Adolf Hitler’s moves into Eastern Europe at the start of World War II, a comparison that was deeply offensive in Russia, where the country’s victory over Nazi Germany remains a prime source of national pride.

Trump, on the other hand, told the ABC on Sunday that he wants to take a look at whether the U.S. should recognize Crimea as part of Russia. This runs counter to the position of the Obama administration and the European Union, which have imposed punishing sanctions on Russia in response to the annexation.

Putin was outraged by U.S. support for Ukraine and by U.S. military intervention around the world, particularly in Libya, on Clinton’s watch. But it was what he saw as interference in Russia that really rankled. When Clinton described Russia’s 2011 parliamentary elections as rigged, Putin said she was “sending a signal” to his critics. He then accused the U.S. State Department of financially supporting the protests that drew tens of thousands of people to the streets of Moscow to demand free elections and an end to Putin’s rule.

In the years since, the Kremlin has defended Russian elections in part by implying they are no different than in the United States, a country it says promotes democracy around the world while allowing its business and political elite to determine who wins at home.

The Democratic Convention, which ended Friday morning Moscow time, was given wide coverage throughout the day on the nearly hourly news reports on state media, the Kremlin’s most powerful tool for shaping public opinion.

Channel One began its report by introducing Clinton as “a politician who puts herself above the law, who is ready to win at any cost and who is ready to change her principles depending on the political situation.” The anchorwoman couched the description by saying that was how Clinton is seen by Trump’s supporters — but it was a nuance viewers could easily miss.

The reports ran excerpts of Clinton’s speech, but the camera swung repeatedly to a sullen Sen. Bernie Sanders of Vermont, her Democratic challenger, and his disappointed supporters. The Rossiya channel also showed anti-Clinton protesters outside the convention hall who, it said, “felt they have been betrayed after the email leak that showed Bernie Sanders was pushed out of the race.”

Russia is a prime suspect in the hacking of Democratic National Committee computers, which led to the release of emails showing that party officials favored Clinton over Sanders for the presidential nomination.

The Kremlin has denied interfering in the U.S. election. A columnist at Russia’s best-selling newspaper, however, said it would have been a smart move.

“I would welcome the Kremlin helping those forces in the United States that stand for peace with Russia and democracy in America,” Israel Shamir wrote in Komsomolskaya Pravda.

Trump, meanwhile, has encouraged Russia to seek and release more than 30,000 other missing emails deleted by Clinton. Democrats accused him of trying to get a foreign adversary to conduct espionage that could affect this November’s election, but Trump later said he was merely being sarcastic.