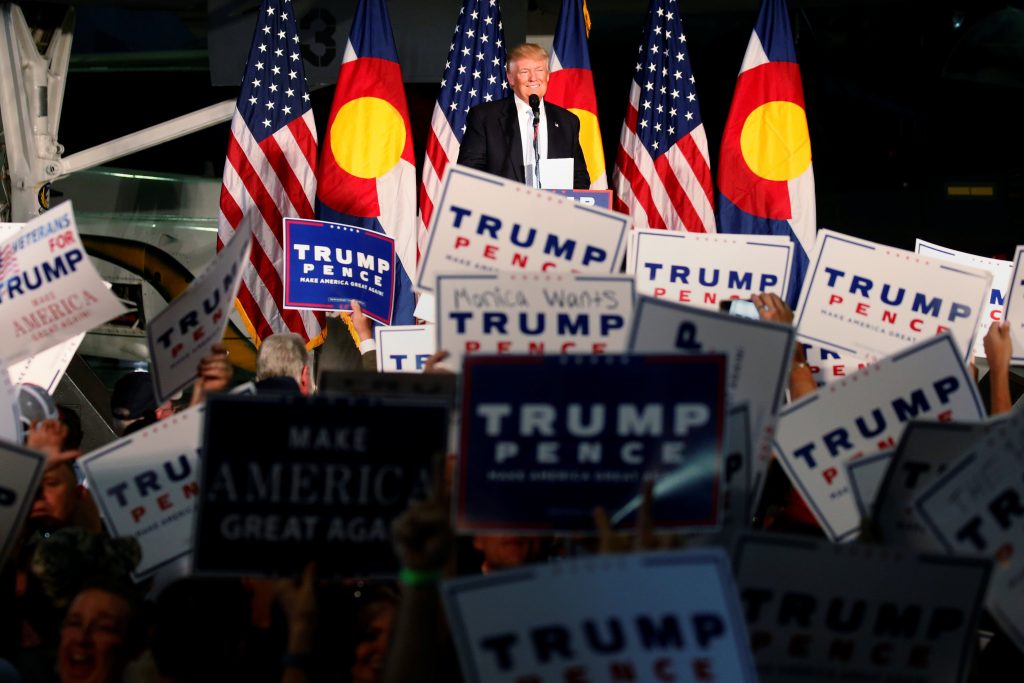 Republican presidential nominee Donald Trump said he is unhappy with the dates set for his debates with White House rival Hillary Clinton, putting him in conflict with an independent commission that set the calendar almost a year ago.

The dates for the three debates ahead of the Nov. 8 U.S. presidential election “will serve the American public well,” the nonpartisan Commission on Presidential Debates said in a statement on Sunday, noting the dates were set a year in advance.

The commission was responding to complaints from Trump and other Republicans that the debate dates — Monday, Sept. 26, Sunday, Oct. 9, and Wednesday, Oct. 19 — should be changed because two of them conflicted with NFL games.

“I think two of the three are against the NFL, so I’m not thrilled with that,” Trump said in an interview with ABC’s “This Week” that aired on Sunday.

The commission, established in 1987 to organize and manage the presidential debates, said it is impossible to avoid all sporting events when scheduling the debates. It added that the debates have never been rescheduled because of such conflicts.

“So we’re going to sit down with the commission in the next week or so and we’re going to start talking to them and we want to make sure we have a broad audience, understanding, watching the debates,” Manafort told CBS’s “Face the Nation.”

Reince Preibus, the head of the Republican National Committee, said the debates would get more viewers if they were on Tuesday, Wednesday or Thursday nights.

“We’re going to be working with the commission and what they’re putting together,” Preibus said on CBS. “We’re not going to agree with anything that our nominee doesn’t agree with.”