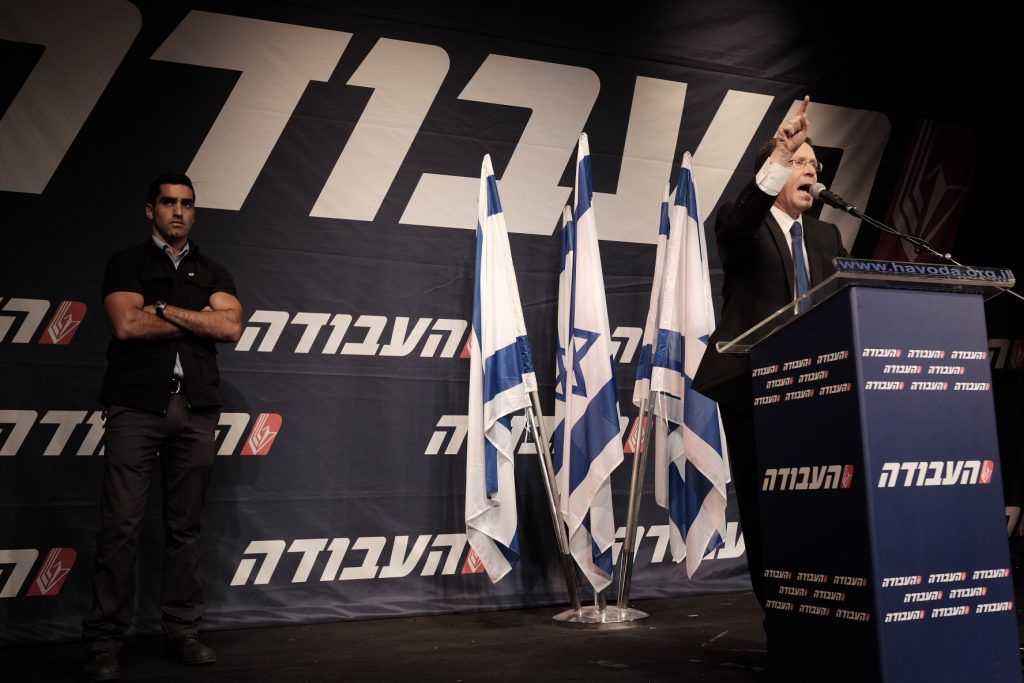 Labor Party Chairman Isaac Herzog won a vote on Sunday to delay the party primaries to July 2017, despite a raucus scene at the convention in which booing and jeering prevented Herzog from speaking.

The party secretary-general MK Hilik Bar abruptly adjourned the convention in order to hold the vote, in which Herzog’s bid for another year as unchallenged chairman was endorsed 750 to 402, according to Ynet on Sunday night.

In the afternoon, he was subjected to cries of “Bougie go home!”, using his nickname.

Herzog responded by saying, “They already called me a dog and it didn’t help. I am not going anywhere. This is our home and we will protect it from agitators. We will vote logically.”

“At the end of the day,” Herzog added, “The person who makes noise is causing damage to his own cause. The party needs to know how to show respect.”

The disruptive element was attributed to Herzog’s rivals for power, MK’s Shelly Yachimovich and Erel Margalit, who sought to schedule the primaries no later than the end of 2016.

Asked whether it was Yachimovich who was behind the disruption, Herzog replied: “I have serious issues with [her] conduct on this matter which has (gone too far) and that of Erel Margalit… I will not allow a culture akin to soccer [hooliganism] in the Labor party.”

“Not one person from the opposition stood to give a speech. They were frightened. Today there was an attempt not to speak but to stop a decision,” he said.

Herzog added that no elections would be held in December because the party needed first to repair itself: “I want to open the party up and allow anybody to run. If I held elections now the voters would say I was a dictator. We will work for a year so that we are ready for elections.”