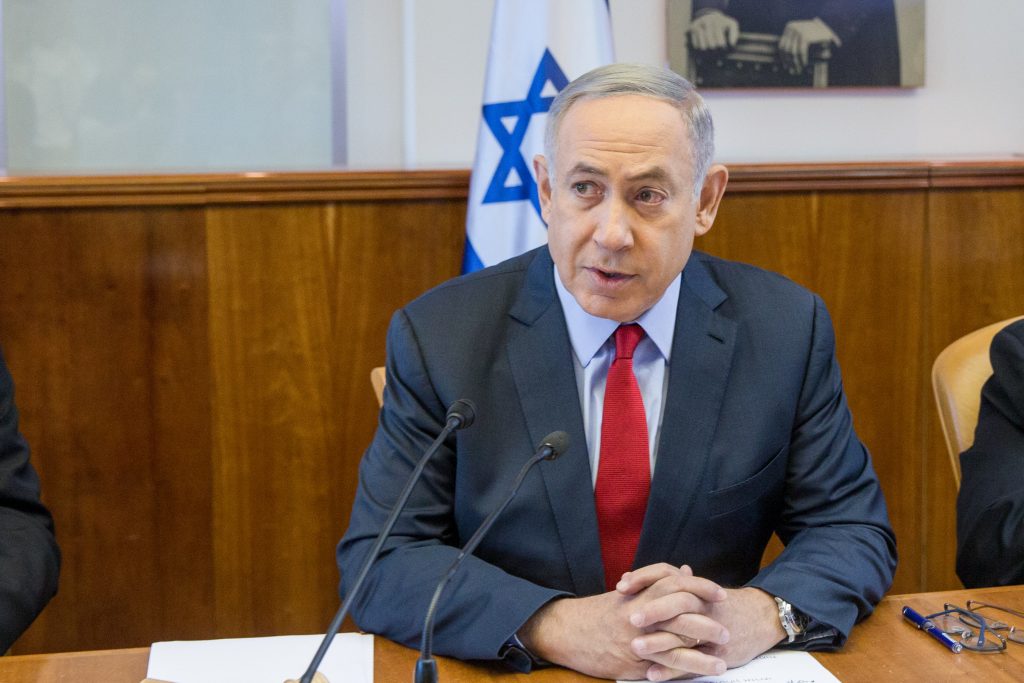 Prime Minister Binyamin Netanyahu, meeting today with diplomatic correspondents, said that Israel has nothing to fear from last-minute decisions by outgoing U.S. President Barack Obama in his remaining months in office. Netanyahu said there is nothing to these suspicions that are making the rounds of “certain diplomatic circles” in Israel.

“We have a unique relationship with the United States,” Netanyahu said. “It is special because it is based on a deep-seated and mutual identification with each other’s values. This is different than with almost every other country in the world. I speak with Secretary of State Kerry every two or three days; I just spoke with him an hour ago. Kerry updated me on his talk with Abu Mazen over the weekend. I speak with him very frequently, and this most definitely describes our ongoing contacts with the Administration.”

Prime Minister Netanyahu said that the government he heads is functioning satisfactorily, but that he would be happy if he could expand it. Specifically, of course, he would like the Zionist Camp headed by Yitzchak Herzog to join his government. “I won’t hide from you that I would like to enlarge the government coalition,” he said. “There are no contacts underway, but the will is there.”

Netanyahu also related to domestic matters, such as the government’s handling of the Hamas tunnels. He denied outright that he is working to “bury” the State Controller’s report on the tunnels and the way in which the governmental and military echelons dealt with them during Operation Protective Edge. “It is laughable that I’m being accused of wanting to conceal this report,” Netanyahu said. “On the contrary, I want it to be publicized, because then the entire truth will come out that we did everything necessary to prepare for the tunnels’ threat, and that the campaign was run correctly and produced results that are worthy of all praise.”

Netanyahu also related to the visit by Gen. (res.) Yaakov Nagel, Head of the National Security Council, to the United States. The PM said, “It’s true that we have a disagreement with our American friends about using their aid for acquisitions in Israel, but I have great hope that the matter will be solved satisfactorily as early as this week.”

The Prime Minister was asked whether we could have received more from the Americans had the negotiations been held before the signing of the nuclear agreement with Iran. He said he is convinced that “we will receive no less today than what we would have received if we would have finished the talks earlier. The Americans are our friends and they won’t let us down. Let’s wait another few days and everything will become clear.”