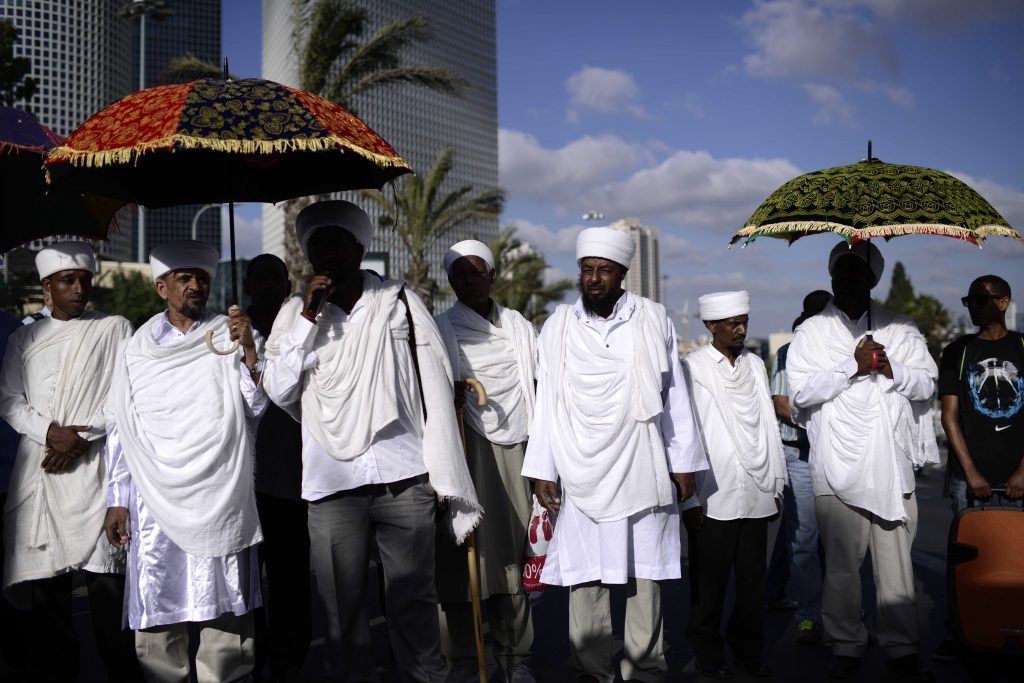 An interministerial report on racism in Israel asserts that Ethiopians are subjected to discrimination and mistreatment on a daily basis because of their skin color, and makes 53 recommendations to address the problem.

On receipt of the report Sunday evening, Prime Minister Binyamin Netanyahu declared: “I am not willing to tolerate racism in our country.

“I refuse to let people be discriminated against based on the color of their skin, this is a terrible thing,” Netanyahu said, adding that he and the ministerial committee had heard “heart wrenching and hair-raising stories” of racism and against Ethiopian-Israelis.

“We decided to take countermeasures against racism even before [hearing the stories],” he said. “But now, due to this report, which is a part of our decision-making, [we] will take more steps and I am happy that there are people who are steadfast to uproot this phenomenon from our lives.”

“This doesn’t suit our state, our citizens, and our people,” he said.

The 170-page report marks the first official recognition of racism against Ethiopians. It surveys a broad range of cases including rejecting blood donations, segregation in maternity hospitals, discrimination in schools and hiring, and police brutality. The issue of police brutality triggered a series of street protests last year which brought the whole matter of the Ethiopian experience to official attention.

The committee recommended, among other things, the establishment of a unit within the Justice Ministry to coordinate the action against racism, as well as the appointment of an “officer against discrimination and racism” for every government office.

Regarding the police, the report noted that several recommendations have already been implemented, and urged to expand on several police programs to reduce discrimination, including expanding a pilot program for officers to carry body cameras in cities with a high concentration of Ethiopian-Israelis.