Politics FOCUS: Russia Has Motive, Capability and Form for US E-Mail Hack
Politics 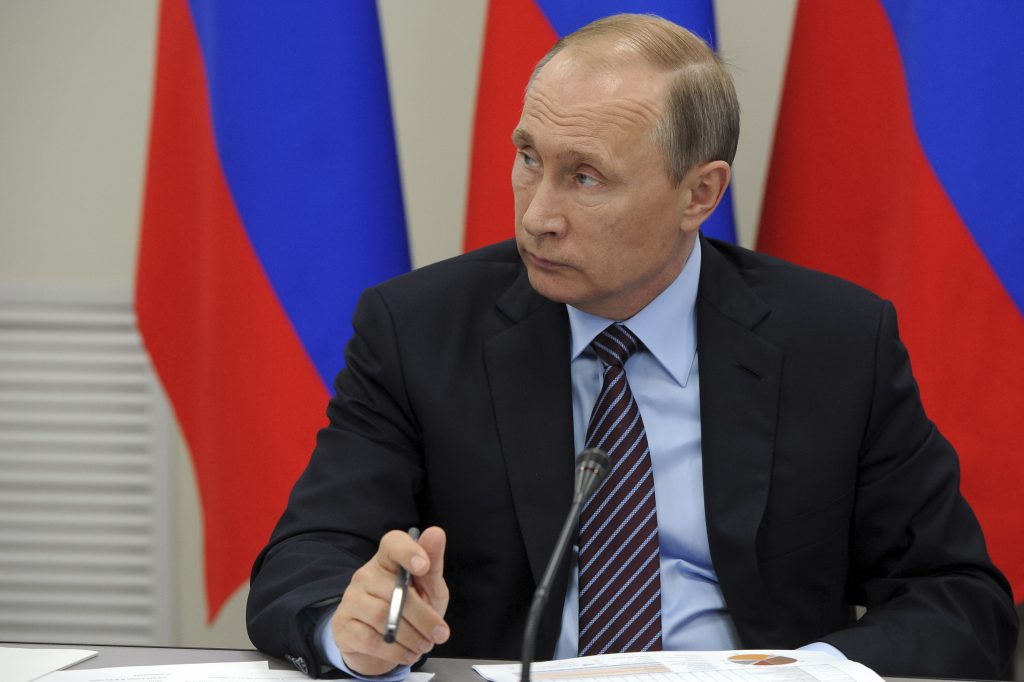 The Kremlin says it had zero involvement in the hacking of Democratic Party e-mails, while U.S. officials say the hack originated in Russia. We may never know who is right, but one thing is for sure – Russia had motive, capability and form.

Seen through Kremlin eyes, Moscow would only be doing what it feels the United States has been doing to it for years anyway – interfering in a geopolitical rival’s domestic politics in an attempt to destabilize and shape events.

And in 2011, Putin accused the U.S. State Department and Hillary Clinton, then its head, of stirring up street protests against his rule.

“We need to head off any external attempts to interfere in the elections, in our domestic political life,” Putin, who is facing reelection in 2018, told officers from Russia’s FSB security service in February.

“You know that certain kinds of [political] technologies exist and have already been used in many countries.”

That was shorthand for Ukraine, Libya, Egypt and Syria, which Putin thinks Washington irresponsibly destabilized. People who have studied him for years say he believes the United States is trying to foment the same kind of unrest to oust him.

His credo, set out when talking about Islamic State last year, is to strike first “if a fight is inevitable” and, as Russia has shown in its reaction to what it sees as NATO’s aggressive build-up near its borders, to respond in kind.

“Clearly the Kremlin feels it should and can insert itself into domestic politics in other countries in much the same way it believes the United States and Europe insert themselves into Russian politics,” Samuel Greene, the director of the Russia Institute at London’s King’s College, told Reuters.

“In their view it is fair play. They have seen the West involving itself in politics in Ukraine and other former parts of the Soviet space and feel they should be able to pretty much do the same thing.”

He said such disruptive behavior was driven by a calculation: to stir up trouble in other countries so they have less bandwidth to focus on Russia.

Mark Galeotti, senior research fellow at the Institute of International Relations Prague, said he believed another motive for the hack – if Russia was behind it – would be to portray U.S. democracy as venal and chaotic and so take the sting out of Western accusations that Russian elections are corrupt.

Kremlin-backed media has tilted its coverage in favor of Trump over Clinton, and Putin has praised the Republican candidate as “very talented.” But Greene said he thought what would matter most to Moscow would simply be to destabilize and ensure that whoever won emerged as a weak figure.

Navigating a grinding economic crisis caused by low oil prices, and at odds with the United States over both Syria and Ukraine, Putin is under pressure.

He needs the West to lift the sanctions it imposed on Russia over its 2014 annexation of Crimea from Ukraine, which have cut off access to Western credit markets and technology imports.

Above all, though, he wants to make sure that external forces do not derail his own push for continued dominance in a political landscape where the liberal opposition is almost completely absent from media and parliament.

Nikolai Patrushev, the head of Russia’s Security Council, said earlier this year there had been a spike in the number of cyber attacks on Russian government bodies and critical infrastructure by foreign intelligence services.

And Putin, speaking in February, complained about what he said were more than 24 million attacks in the past year.

Andrei Soldatov, an expert on the FSB and coauthor of Red Web, a book about the Kremlin’s sprawling surveillance machine, told Reuters he thought if Russia had hacked the Democratic Party it would have been to send a signal that it could do the same and wanted U.S. intelligence services to desist.

“This could have been an attempt to deter the United States [from hacking and meddling], to try to shake the U.S. establishment, and to try to weaken Clinton,” said Soldatov. “It’s pure politics, it’s not about military secrets.”

In Moscow, Trump, who has spoken of his desire for better relations with Russia and praised Putin, is seen as far more likely to cut a sanctions deal with Russia, while Clinton is regarded as a hawk on Russia.

“Everyone in Moscow believes that with Clinton in the White House it would be absolutely impossible to get the sanctions lifted,” said Soldatov.

Trump has already raised hackles in Ukraine by saying he would be willing to consider lifting sanctions.

Experts say the Russian state, via the FSB, has a well developed offensive hacking capability. It has previously been accused of deploying that capability in Estonia, Georgia and Ukraine. Russian military intelligence, GRU, is known to have similar capabilities, Soldatov said.

There are also other non-state hacker groups which experts say sometimes collaborate with the security services, motivated by patriotism or money.

Galeotti said Russia’s capacity to mount cyber attacks had increased over the past two years. Previously, Moscow would force amateur hackers into its service, he said, but lately “what we are seeing is much more of a push towards creating professional in-house capacity.”

In this case, however, Soldatov said he thought it more likely that amateur hackers would have been responsible for the U.S. hack rather than the FSB or GRU who, if involved at all, would have played only a very minor role.

One reason for reaching that conclusion was how sloppily and hastily prepared the cover-up of the hack looked, he said.