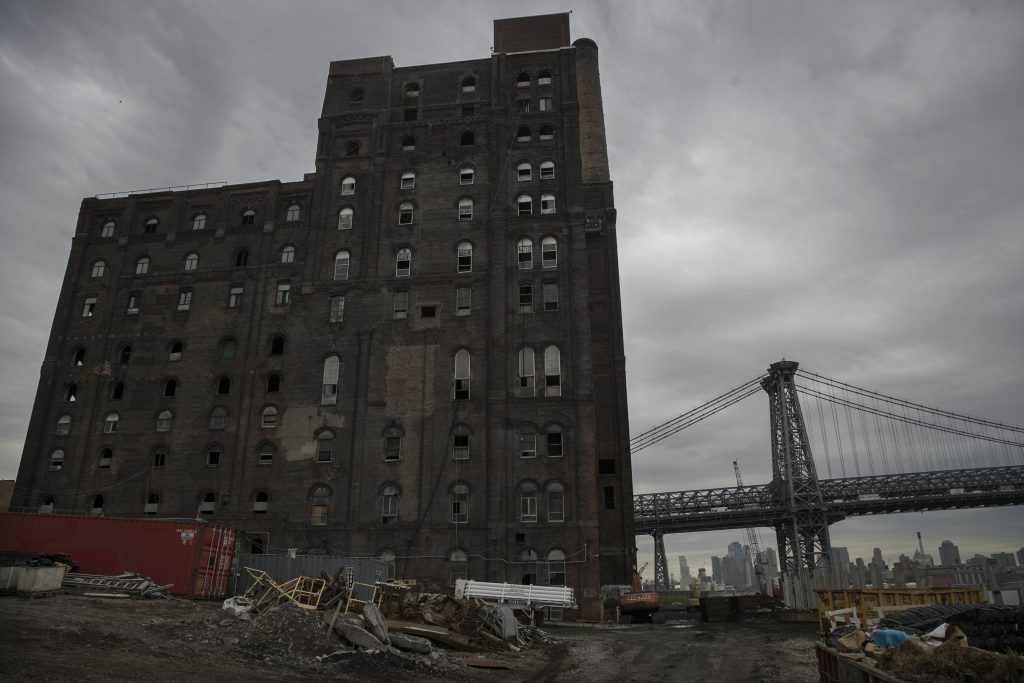 Developers racing to turn Brooklyn into a thriving technology office market may be finding Manhattan a less-fruitful target for poaching tenants.

Leasing in Manhattan by tech, advertising, media and information tenants — known to real estate brokers by the acronym TAMI — fell in the second quarter to the lowest level in more than three years, according to Cushman & Wakefield. Such firms added just 1.21 million square feet (112,400 square meters) in the borough. That’s a 43 percent drop from the space leased in the first quarter.

Demand is cooling as development across the East River surges, with 9.6 million square feet of Brooklyn offices slated for completion by the end of 2020. Developers and investors behind projects including the former Domino Sugar plant, the Watchtower building and the retired Schlitz Brewery are aiming to draw TAMI tenants, and Brooklyn’s emergence as one of the U.S.’s top tech centers is threatened unless there’s a reversal of the slowdown.

“I’m not suggesting that a bubble has burst,” said Mitch Roschelle, real estate analyst at PricewaterhouseCoopers LLP. “It’s just that the growth in the incremental dollars going to tech has subsided a little bit. As markets like Brooklyn grow in popularity and become more expensive, they can price out these nascent ventures.”

Venture-capital investment in New York firms, including technology companies, fell to $1.4 billion in the second quarter. That’s 19 percent less than the previous three months and 40 percent drop from the second quarter of 2015, which was the biggest quarter in 15 years, according to to PwC. Nationally, VC financing was up 20 percent from the first quarter, and down 12 percent from a year earlier.

New York isn’t alone in dealing with slowing tech demand. In San Francisco, the epicenter of the U.S. tech industry, the office-vacancy rate rose to 7.3 percent in the second quarter, the first increase since 2013.

Brokers and developers remain confident that TAMI tenants will keep flocking to Brooklyn, where office construction has almost tripled since mid-2015. In Manhattan, the sector accounted for the largest percentage of second-quarter leasing, beating out the traditionally dominant financial industry, said Richard Persichetti, Cushman’s research director for the Northeast.

“Demand will still come from TAMI” as well as other sectors “as Brooklyn remains a hot market,” Persichetti said in an e-mail. Still, at least some Brooklyn office developments are likely to be pushed back to the next real estate cycle, he said. “There is no way to tell which projects will be built.”

VC money continues to flow into Brooklyn, with companies based in the borough being the beneficiaries of 14 deals involving $59.3 million of investment in the first quarter — more than in all of 2015, according to PwC. All but one of the transactions involved early-stage or expansion-stage companies. Among the largest recipients were MiMedia Inc., a cloud-service provider that received $15 million, and PolicyGenius Inc., which offers an online tool for picking insurance policies and also got $15 million.

Of the $41.1 million provided in the second quarter, $40 million went to Modern Meadow Inc., a developer of what it calls animal-free leather made from living cells and has its headquarters at the Brooklyn Army Terminal in Sunset Park.

At the same time, some tech firms are pulling back from Brooklyn. In April, MakerBot Industries LLC, a developer of 3-D printers and once one of the borough’s most aggressively expanding companies, said it would move its manufacturing to China, dramatically reducing its presence in Sunset Park’s Industry City. Blue Apron Inc., an online food-delivery service based in Manhattan’s Midtown South, is staying in Manhattan for now after considering a move to Brooklyn.

“As cool as Brooklyn is, it is a secondary borough to Manhattan,” said Zev Holzman, a managing director at brokerage Savills Studley Inc. “I don’t feel any of these developers feel there is such an incredibly robust tech scene in Brooklyn that it is going to fill all of these buildings.”

Brooklyn’s roll of technology-friendly office projects includes two prominent waterfront redevelopments: the former Domino Sugar plant site, where the 19th-century refinery building is being retrofitted for offices, and the headquarters of the Watchtower Bible and Tract Society, also known as Jehovah’s Witnesses. The Watchtower building is under contract to a partnership that includes Kushner Cos., run by Donald Trump’s son-in-law, Jared Kushner. The society is planning to move out, leaving 734,000 square feet empty.

Other developments include a 480,000-square-foot ground-up building in Williamsburg, and the Bushwick Generator, five vacant warehouses being overhauled to add 75,000 square feet of offices. Both projects are being developed by Toby Moskovits. Near her Bushwick project is 95 Evergreen Ave., the former Schlitz Brewery, which has been refashioned into 165,000 square feet of offices, and Boston Properties Inc. and Rudin Management are developing a new office building at the Brooklyn Navy Yard.

All told, planned office additions would boost Brooklyn’s inventory by 35 percent by the end of 2020, according to Cushman.

“I totally disagree with the premise that the innovation economy is slowing in Brooklyn,” said Tucker Reed, president of the Downtown Brooklyn Partnership, which has championed office development in the borough. With the residential pipeline “bursting” with 57,000 units being developed this year and next, “these new residents will soon begin to demand increased office options.”

Jobs in Brooklyn rose 11.6 percent from December 2013 to the end of last year, almost double Manhattan’s growth rate, according to the New York City Economic Development Corp. Companies relocating or considering moving to Brooklyn from Manhattan include Wenner Media LLC and the publisher of digital magazine Slate.

“There is so much pent-up demand for high-quality Brooklyn office space, with vacancy in our Dumbo portfolio practically at zero, and more options coming online will make the whole market stronger,” said Walentas, chief executive officer of Two Trees Management LLC, developer of the Domino project in Williamsburg, which he expects “to become an iconic home for the right company.” “Short-term leasing may fluctuate, but we’re investing in the long-term success of the office market in desirable locations in Brooklyn.”

Moskovits, who this month won a zoning change allowing her to go forward with her Williamsburg project, said Brooklyn’s residents will allow developers like herself to overcome hiccups in the market.

“The first and the last driver of this,” she said, “is really the workforce living in the borough.”