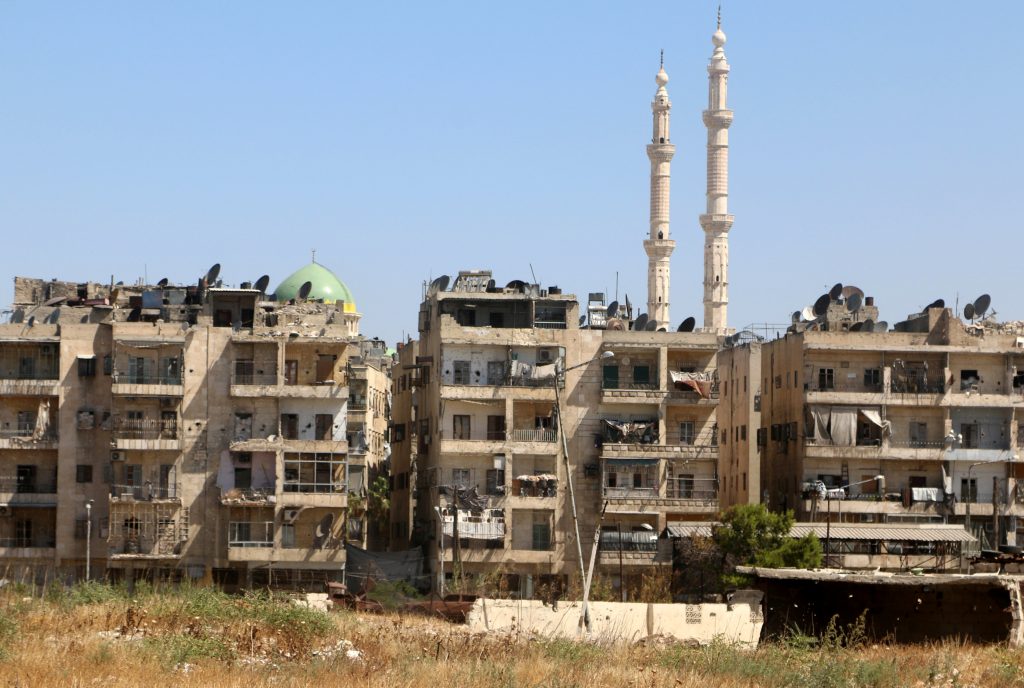 More than 150 civilians, mostly women and children, left besieged eastern parts of Aleppo through a safety zone that Moscow and its Syrian ally say they have set up to evacuate people trapped in opposition-held areas.

Syrian state media on Saturday showed scores of mostly women gathered in a government-controlled area of the city, saying that conditions in rebel-held areas were difficult and chanting praise for Syrian President Bashar al Assad.

Russia’s Defense Ministry said that 169 civilians had left since Thursday through three safety crossings. The Ministry also said in a statement that 69 rebels had handed themselves in to the army.

Syrian state news agency SANA said 169 civilians, mostly women over the age of 40, had arrived at the Salah al Din checkpoint. There was no footage of people at the actual crossing and it was difficult to verify the information independently.

Syrian President Bashar al-Assad’s government and its Russian allies declared a joint humanitarian operation for the besieged area on Thursday, bombarding it with leaflets telling fighters to surrender and civilians to leave.

But the United Nations has raised misgivings about the plan and U.S. officials have suggested it may be an attempt to depopulate the city – the most important opposition stronghold in the country – so that the army can seize it.

The Syrian opposition has called it a euphemism for forced displacement of the inhabitants, which it said would be a war crime.

The 250,000 civilians trapped for weeks inside the besieged rebel-held sector of Aleppo have by and large stayed away so far from the “safe corridors” that Moscow and Damascus are offering to those who want to escape.

With rebel-held areas running out of food and medicine after the only supply route into the city was cut off by the army after months of heavy Russian and Syrian aerial bombing, many vulnerable civilians are desperate to leave, while at the same time suspicious of the plan.

Residents in these areas who were contacted said many were hesitant to enter into government-held areas for fear of arrest by government forces with no presence of any U.N. body or NGOs to oversee the evacuation.

They also said the journey to the front line where the crossings were located was fraught with danger with snipers from both sides at times shooting at civilians.

Aleppo, Syria’s biggest city before the war, has been divided since 2012 into government and rebel sectors. Seizing control would be the biggest victory for Assad in five years of fighting, and would demonstrate the dramatic shift of fortunes in his favor since Moscow joined the war on his side last year.