World Rabbi Was Behind Meeting Between Pope, Polish Rescuers
World 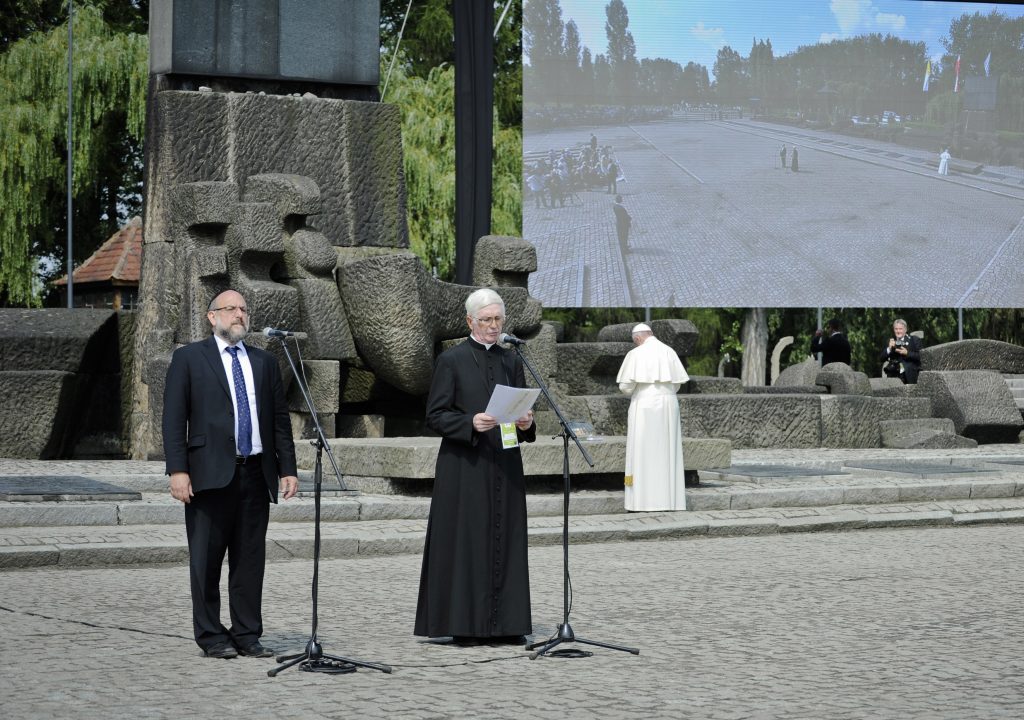 Pope Francis’ visit to Auschwitz-Birkenau on Friday included an encounter with 25 Christian Poles who rescued Jews during the Holocaust — a powerfully symbolic meeting that Poland’s chief rabbi played a key role in orchestrating.

Rabbi Michael Schudrich, a native of New York City whose grandparents all immigrated from Poland, had long hoped to see such a meeting in Poland between a pope and some of the remaining Poles who risked their lives during World War II to help and protect Jews.

Yad Vashem in Israel has recognized 6,620 Polish gentiles who sheltered Jews among the so-called “Righteous Among the Nations.” Today fewer than 240 in Poland are still alive.

Remembering their sacrifices is an important part of Schudrich’s mission as the spiritual head of Poland’s Jewish community, and he has often said that one can never do enough for them.

In a telephone interview with The Associated Press on Friday, Schudrich said the pope’s meeting with survivors was “something I have been thinking about for a while: what kind of non-material present, what kind of thank-you, can we give to the ‘Righteous’?”

He noted that a U.S. group, the Jewish Foundation for the Righteous, offers them some financial help. “But I wanted to come up with a spiritual gift and I thought that a special blessing from the pope would make them feel honored because of their unbelievable morality and humanity,” he said.

He said he approached members of the church hierarchy several months ago with the idea of including a meeting during the pope’s visit to Poland this week.

They were receptive and then they all got down to the business of organizing the meeting, which happened Friday during the pope’s mostly silent visit to Auschwitz-Birkenau.

Schudrich had tried to arrange a meeting between a group of Righteous and Benedict XVI when that pope visited Poland in 2006, but it did not work out. John Paul II had met with some at the Vatican during his papacy, but it was the first such encounter at one of the former death camps.

Francis met with them one by one and presented each one with a gift in a small red box.

One, 86-year-old Tadeusz Stankiewicz, valued the fact that the pope made his visit in silent contemplation, saying the site “is no place for pompous speeches which are not always honest.”

Stankiewicz had hoped to tell the pope that faith in G-d helped him and his family overcome fear and help Jews, but there was no possibility to speak.

Schudrich said he was grateful that the pope met with the Righteous and also valued his silent homage to the victims of Auschwitz-Birkenau, most of whom were Jewish.

Afterward, when he met Francis briefly, he said he told him: “Thank you for your prayer of silence.”

He said the pope responded: “Pray for me.”