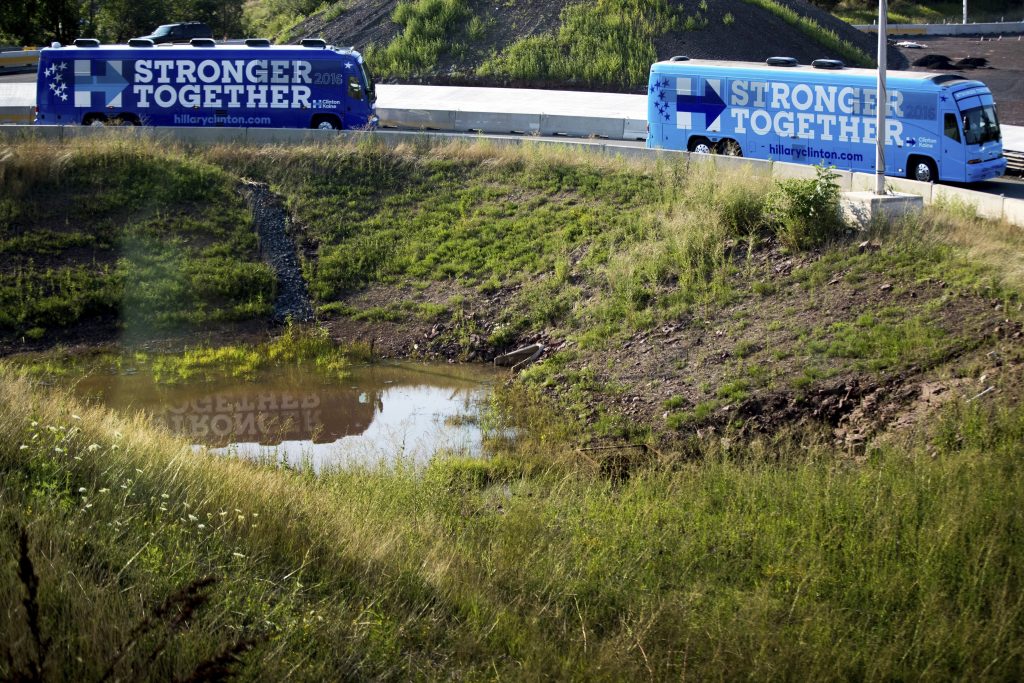 The latest attack, which was disclosed to Reuters on Friday, follows two other hacks on the Democratic National Committee, or DNC, and the party’s fundraising committee for candidates for the U.S. House of Representatives.

A Clinton campaign spokesman said in a statement late on Friday that an analytics data program maintained by the DNC and used by the campaign and a number of other entities “was accessed as part of the DNC hack.”

“Our campaign computer system has been under review by outside cyber security experts. To date, they have found no evidence that our internal systems have been compromised,” said Clinton campaign spokesman Nick Merrill.

Later, a campaign official said hackers had access to the analytics program’s server for approximately five days. The analytics data program is one of many systems the campaign accesses to conduct voter analysis, and does not include social security numbers or credit card numbers, the official said.

The involvement of the Justice Department’s national security division is a sign that the Obama administration has concluded that the hacking was sponsored by a foreign country, people with knowledge of the investigation said.

While it is unclear exactly what material the hackers may have gained access to, the third such attack on sensitive Democratic targets disclosed in the last six weeks has caused alarm in the party and beyond, just over three months before the Nov. 8 U.S. presidential election.

Hackers, whom U.S. intelligence officials have concluded were Russian, gained access to the entire network of the fundraising Democratic Congressional Campaign Committee, or DCCC, said people familiar with the matter, detailing the extent of the breach to Reuters for the first time.

Cyber security experts and U.S. officials said earlier this week they had concluded, based on analysis of malware and other aspects of the DNC hack, that Russia engineered the release of hacked Democratic Party e-mails to influence the U.S. presidential election.

The hack did not involve the private e-mail system Clinton used while she was secretary of state.

The new disclosure to Reuters that hackers gained access to the full DCCC network means they would have had access to everything on the network, from e-mails to strategy memos and opposition research prepared to support Democratic candidates in campaigns for the House.

The hack of the DCCC, which is based in Washington, was reported first by Reuters on Thursday, ahead of Clinton’s speech in Philadelphia accepting the Democratic party’s nomination.

Russian officials could not be immediately reached for comment.

Several U.S. officials said the Obama administration has avoided publicly attributing the attacks to Russia as that might undermine Secretary of State John Kerry’s effort to win Russian cooperation in the war on Islamic State in Syria.

The officials said the administration fears Russian President Vladimir Putin might respond to a public move by escalating cyber attacks on U.S. targets, increasing military harassment of U.S. and allied aircraft and warships in the Baltic and Black Seas, and making more aggressive moves in Eastern Europe.

Some officials question the approach, arguing that responding more forcefully to Russia would be more effective than remaining silent.

The Obama administration announced in an April 2015 executive order that it could apply economic sanctions in response to cyber attacks.

The hack on the DNC, made public in June, led to WikiLeaks publishing more than 19,000 e-mails last weekend, some of them showing favoritism within the DNC for Clinton over Senator Bernie Sanders of Vermont.

In Washington, the DCCC said early on Friday it had hired cyber security firm CrowdStrike to investigate. “We have taken and are continuing to take steps to enhance the security of our network,” the DCCC said. “We are cooperating with federal law enforcement with respect to their ongoing investigation.”

The DCCC had no additional comment late on Friday. Officials at the DNC did not respond to requests for comments.

Senator Dianne Feinstein, a California Democrat and the top Democrat on the Senate intelligence committee, told CNN on Friday she had not heard about the hack of the Clinton campaign.

But she said, “It wouldn’t surprise me. I think it should be pretty clear that both campaigns should be aware that there’s a problem out there. Everybody should be cautious.”