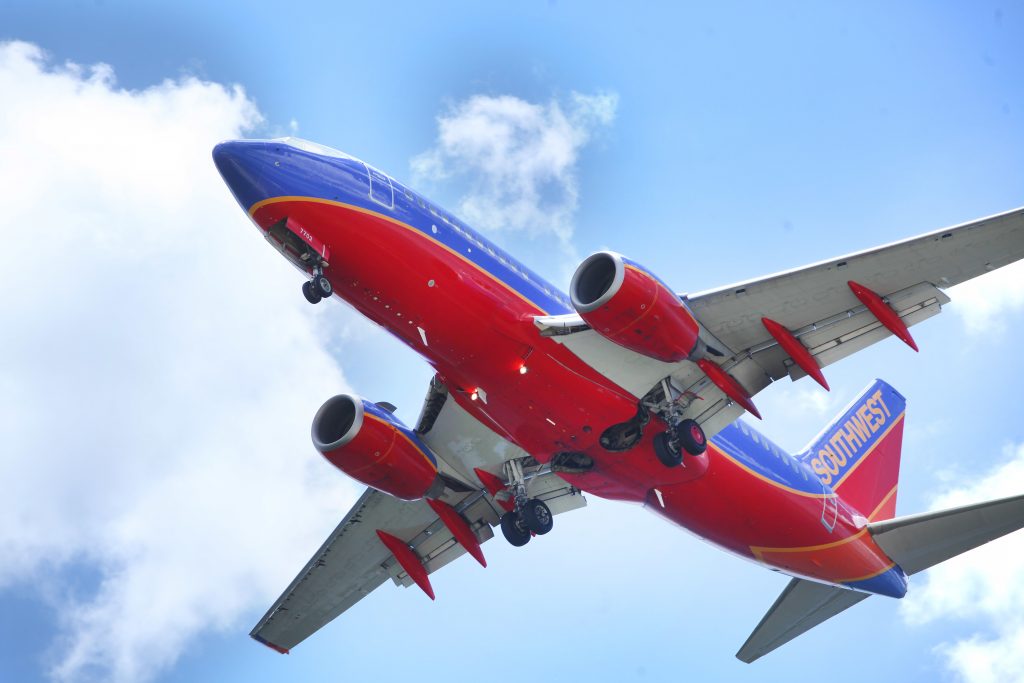 Southwest Airlines is resisting calls by some investors to pull back on planned expansion this year and raise fares, moves that could help stem declines in a key industry revenue gauge.

The carrier won’t join rivals in trimming capacity during the rest of this year, Chief Executive Officer Gary Kelly has said. Its unwillingness to take that step, which generally enables airlines to increase prices, is a disappointment to investors like Chris Terry.

The conflict fueled Southwest’s biggest drop in seven years on July 21, when the carrier said revenue for each seat flown a mile would fall more than expected in the current quarter. Investors have been clamoring for airlines to rein in capacity growth as a way to turn around declines in that benchmark revenue gauge.

“While the trends weren’t what we had hoped they would be for the third quarter, they’re still quite good comparatively,” Kelly said in an interview. “As to what we should do about it, we may just have a disagreement there.”

Southwest also didn’t tell analysts and investors on a conference call last week how much the Dallas-based carrier would expand in 2017, beyond noting that it would be less than the growth this year of 5 percent to 6 percent. The U.S. economy, a proxy for travel demand, is forecast to expand by about 2.2 percent next year.

Rivals American Airlines, Delta Air Lines and United Continental Holdings said this month they would trim capacity in the second half of the year to help better match demand, a step that generally enables carriers to increase prices. Kelly declined in the interview to comment on whether Southwest would raise fares. Those four U.S. carriers are part of a U.S. Justice Department investigation into price collusion.

Southwest has published its operating schedule through early March, and won’t drop flights that customers may have already booked, Kelly said. The company already reviewed that option and found that fixed costs associated with each flight meant trimming would increase unit costs and hurt profits, he said.

“There was no compelling reason to do that,” Kelly said. “What is far more important and a much better use of our time is to look at what we do with the next schedule for the balance of 2017. That’s where our focus is.”

Southwest said on July 21 that unit revenue would fall as much as 4 percent this quarter from a year earlier. That was double what some analysts were expecting and what the airline itself had forecast just a month earlier. The news sent the stock tumbling 11 percent that day, the most since 2009. Shares have fallen 18 percent over the past three months.

For more than a year, airline investors have fretted over sagging revenue from each seat flown per mile — a key measure of fares and demand. Ticket prices slid after carriers, enjoying low fuel prices and record profits, expanded faster than demand. That led to discounting, even on more expensive tickets purchased just before travel. The need to lower those last-minute fares for July and August caught Southwest by surprise. Its forecast looked particularly glum following the second quarter’s 0.6 percent increase in unit revenue.

Some analysts and investors like Terry disagree with an emphasis on profits over acting near-term to reverse unit-revenue trends. Southwest won’t have technological tools to boost revenue from scheduling flights differently and sources other than fares until next year, when a new reservation system is in place.

“Margins are really high, but are they really sustainable when you have fare degradation going on?” Terry said. “If you want a higher multiple, to have earnings valued more, you need to generate those with higher revenue. We’re just not there yet.”

Southwest’s 18 percent decline since April 27 is almost double the drop in the Bloomberg U.S. Airlines Index. Barry James, chief executive officer of James Investment Research, has been reducing its weighting of airline stocks as a share of equity holdings, although he favored Southwest until the recently.

“Southwest has done very, very well for our clients for a long period of time, up until this year,” James said. “This kind of surprising news definitely will put a damper on the stock. It’s not one we’re necessarily looking to add at this juncture.”

JPMorgan Chase cut its rating on Southwest to neutral from buy Wednesday, saying the carrier is “playing little if any role in trying to solve the industry’s domestic revenue challenge.” Analyst Jamie Baker also cited pending cost increases, estimating a 55 cent effect on earnings per share and 5 percentage-point boost in costs for each seat flown a mile next year from expected new employee contracts.

Argus Research Corp. also dropped the stock to hold from buy, and Credit Suisse pulled Southwest from its U.S. and global focus lists.

Not everyone is bearish on Southwest. Evercore ISI recommended July 26 that investors buy the shares, in part because of the company’s domestic focus, strong balance sheet and longer-term ability to improve revenue. The new reservation system will produce $200 million in earnings before interest and taxes at the start, growing to at least $500 million a year by 2020, Southwest has said.

“We should get more credit for how well the company is performing and has performed,” Kelly said. “Results matter, and the strongest answer is that results have been outstanding. We have a quarter coming up that is not meeting our goal. I don’t think that means you should throw the baby out with the bath water. “