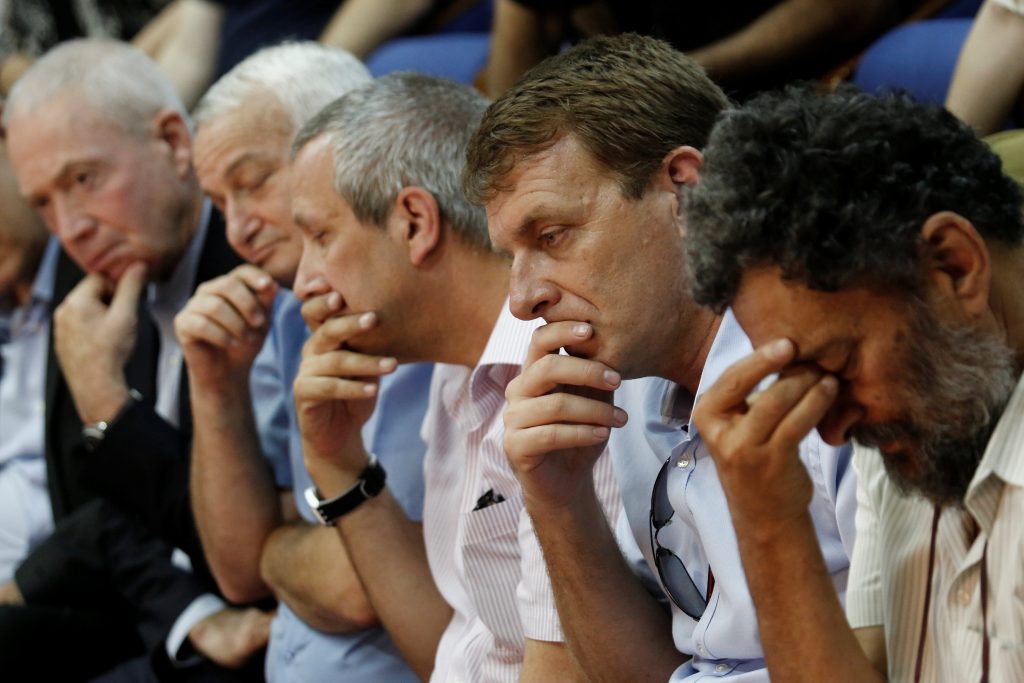 Israeli Prime Minister Binyamin Netanyahu, speaking at a ceremony in Sderot marking the completion of a program to upgrade security in the Gaza border region, proclaimed on Thursday that “Operation Protective Edge has now given us the quietest two years that we have had in the past decade.”

Netanyahu’s remarks came amid intense criticism over his government’s handling of the 2014 war with Hamas.

Late Wednesday, Netanyahu’s office issued a terse refutation of MK Yair Lapid, who added his voice to those claiming that the prime minister had not properly taken the Hamas tunnels into account before the military operation began.

“The minutes show that at eight cabinet meetings, the prime minister, the ISA and IDF commanders raised the threat posed by tunnels crossing under the border fence into our territory. This is exactly as the former defense minister and the IDF have said previously,” the statement read.

Netanyahu went on to rebuke Lapid personally for his failure to take cognizance of the facts.

“MK Lapid, who was a member of the cabinet at the time of the Operation Protective Edge, should know that it is the responsibility of cabinet members to be familiar with the material presented to them.”

At the gathering in Sderot, Netanyahu defined Israel’s policy, which he said, “is to respond vigorously to any violation of the calm — no matter how small,” and to “make it clear to those on the other side that the rules of the game have changed. Quiet here equals quiet in Gaza. Attacking us will lead to ruin and destruction for Hamas, Islamic Jihad and whoever tries to attack us from the other side of the fence. We will respond in strength to any attempt to attack our communities and our citizens.”

Netanyahu said that reinforcing the homes in Sderot was a necessary ‘lifesaving step,” but it is not a substitute for Israel’s strong offensive capabilities.