Israel Mystery Solved: Where Have All the Cornflakes Gone?
Israel 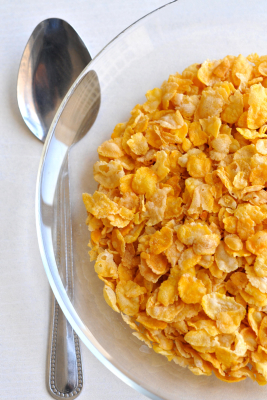 In recent days, consumers have been noticing a lack of cornflakes on Israeli supermarket shelves – specifically the cornflakes made by Telma at its factory in Sderot. After repeated grilling by the media, Telma’s parent company, Unilever Israel, finally revealed the reason Wednesday night:  The company has recalled its latest shipment of cornflakes because salmonella was found in several boxes.

With that, the company said that it was confident that the problem was under control. “Because of requests by the media and an atmosphere of confusion, we wish to stress that a secondary health issue was discovered by the company during a quality control check initiated by the factory, with several products not up to our very high standards. We have thus decided on our own volition not to market these products.”

The situation was first revealed on Tuesday on an economic magazine broadcast on Channel Two. At the time, the company said that there was “no problem,” and assured customers that the cornflakes were on the way. However, rumors of a major health problem began circulating, leading the company to release its clarification.

The Health Ministry also got involved in the matter, Channel Two reported, and pressured Unilever Israel to officially test the cornflakes – leading to the revelation that some boxes had indeed been infected with salmonella.

In its statement, Unilever Israel stressed that “all of the company’s products on the market are perfectly safe.”