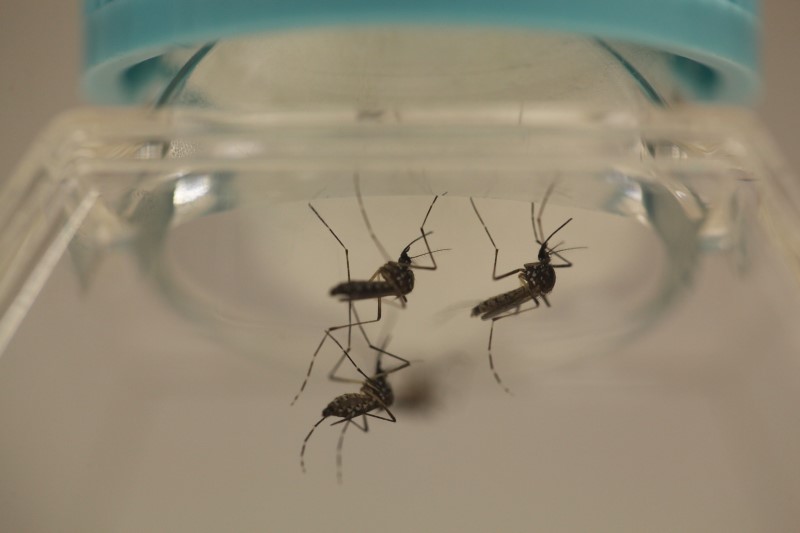 In a notice sent to blood centers and posted on the agency’s website Wednesday evening, the FDA said it is requesting all blood centers in Miami-Dade and Broward counties to “cease collecting blood immediately” until those facilities can test individual units of blood donated in those two counties with a special investigational donor screening test for Zika virus, or until the establishments implement the use of an approved or investigational pathogen-inactivation technology.

The action by the FDA comes as health officials in Florida said Wednesday they were investigating two Zika cases that could have been spread by local mosquitoes, in addition to two similar cases they announced last week. Health officials have not confirmed whether any of the infected individuals acquired the virus from local mosquitoes, but it seems increasingly likely.

“These may be the first cases of local Zika virus transmission by mosquitoes in the continental United States,” the FDA said in its notice. It said it was making the request of blood-collection establishments “in consideration of the possibility of an emerging local outbreak of Zika virus, and as a prudent measure to help assure the safety of blood and blood products.”

The FDA is also recommending that nearby counties also put these precautions in place as soon as possible to maintain the safety of the blood supply. For blood-collection establishments outside of this region, FDA is recommending that donors who have traveled to Miami-Dade and Broward Counties during the previous four weeks defer on donating blood.

The FDA alerted the Florida’s surgeon general and the major blood collection industry organization Wednesday night. On Thursday morning, the FDA also reached out to blood collection establishments in Florida, starting with the state’s largest blood collectors, according to Tara Goodin, an FDA spokeswoman.

The main organization collecting blood in Florida, OneBlood, said last week that it had been alerted by public health authorities about the suspected non-travel-related Zika case under investigation in South Florida. OneBlood said that if the case was confirmed, it would stop collections in the affected zip code and bring in blood from unaffected areas to supply blood needs in that region.

The organization also said it had received approval to use the investigational tool and planned to start testing donated blood for Zika virus starting Monday.

The organization did not immediately respond to a request for comment on the latest FDA request.

Its website says it plans to test a portion of its collected blood for the Zika virus and to allow hospitals to have access to Zika-screened blood products from unaffected areas to use with their patients at high risk of Zika complications, such as women who are expecting. Hospitals that want Zika-screened products will request what they need on an on-demand basis.