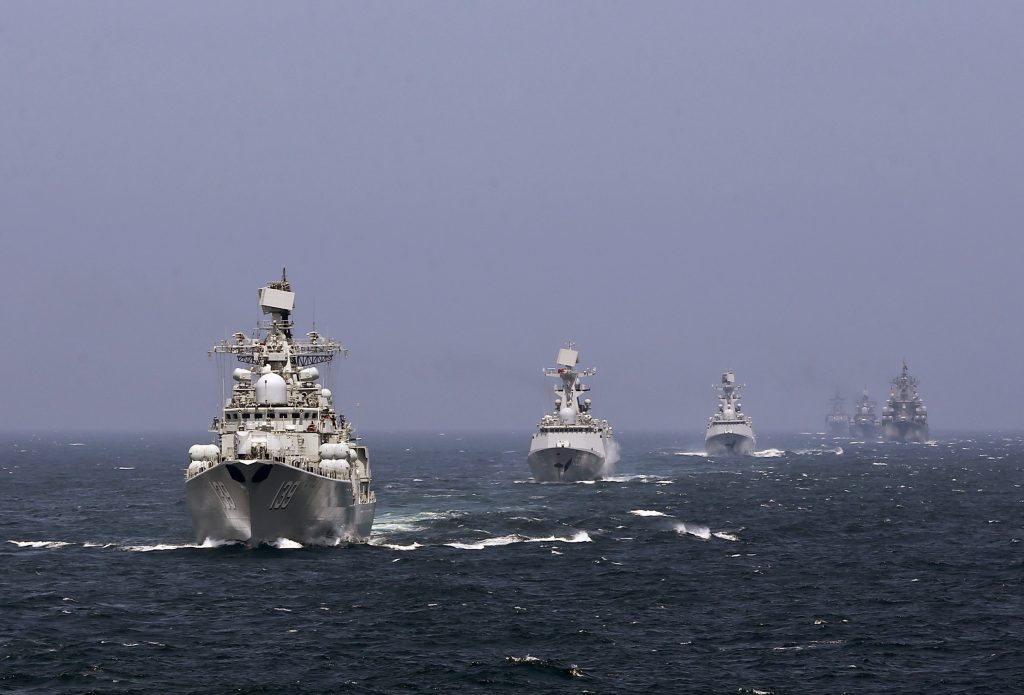 China and Russia will hold “routine” naval exercises in the South China Sea in September, China’s Defense Ministry said on Thursday, adding that the drills were aimed at strengthening their cooperation and were not aimed at any other country.

The exercises come at a time of heightened tension in the contested waters after an arbitration court in The Hague ruled this month that China did not have historic rights to the South China Sea and criticized its environmental destruction there.

China rejected the ruling and refused to participate in the case.

China and Russia are veto-wielding members of the U.N. Security Council, and have held similar views on many major issues such as the crisis in Syria, putting them at odds with the United States and Western Europe.

White House spokesman Josh Earnest played down the significance of the exercises even though he conceded that the South China Sea was “a sensitive diplomatic topic right now”.

China claims most of the South China Sea, through which more than $5 trillion of trade moves annually. Brunei, Malaysia, the Philippines, Taiwan and Vietnam have rival claims.

China has repeatedly blamed the United States for stoking tension in the region through its military patrols, and of taking sides in the dispute.