Politics ANALYSIS: Obama Hopes Clinton Can Fix What He Could Not
Politics 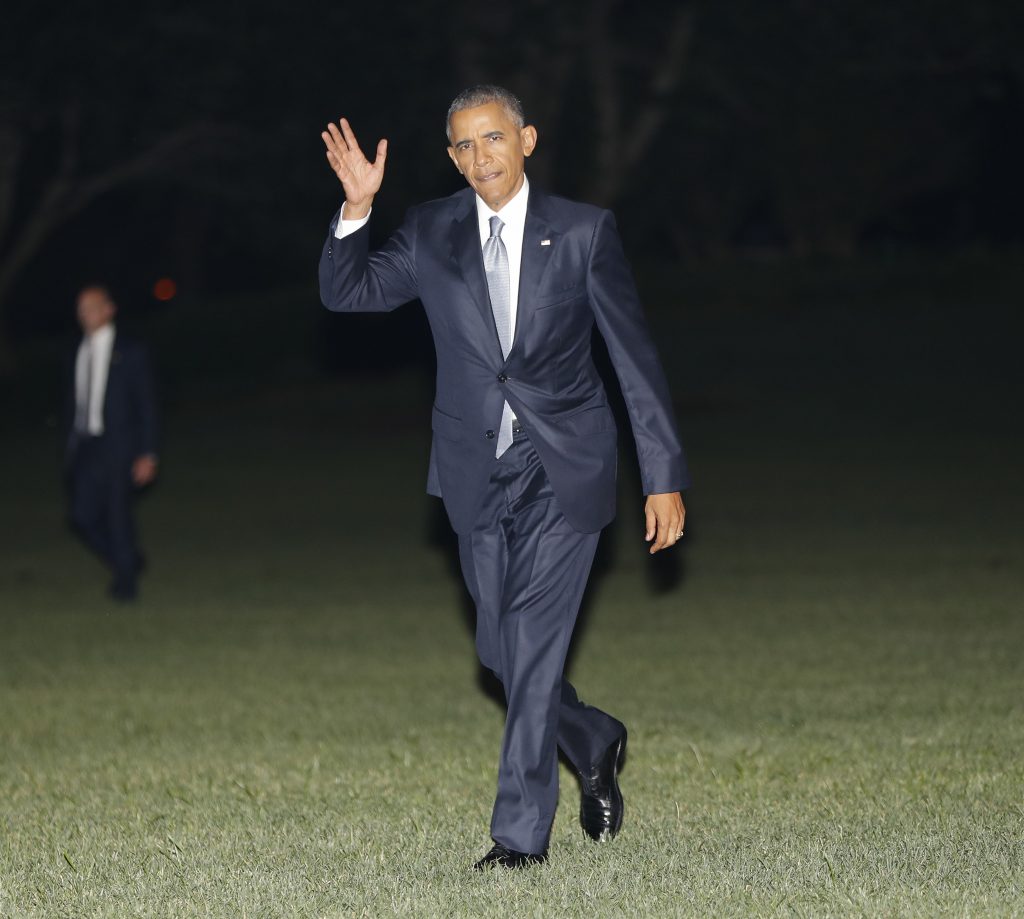 Eight years ago, Barack Obama cast himself as the rare candidate who could transcend the polarizing “politics of the past” and bridge divides that had left Washington barely functioning for years. Ultimately, the gulf was too wide — and if anything, the political climate in the United States has worsened.

So, standing before the last, biggest audience he has left, Obama on Wednesday found a successor to carry forward the hopes and aspirations that once rallied millions to his side.

“It can be frustrating, this business of democracy. Trust me, I know,” Obama told an adoring audience as he extolled Hillary Clinton for president. “Hillary knows, too.”

While Obama gushed over his former rival and possible successor, his own credentials to make that argument seemed weakened by the long list of goals he tried unsuccessfully to fulfill. The mere fact that the country is considering electing Donald Trump — Obama’s opposite in so many ways — is a stark reminder that many Americans reject his approach.

Though Obama pulled the U.S. out of recession doldrums, many Americans still struggling financially feel left behind. While he secured a sweeping health overhaul and economic reforms that reshaped the American economy, the same gridlock he promised to break through stopped him from delivering new laws and policies to fix immigration, tighten gun restrictions and reduce the role of money in politics.

Those are the same priorities that Clinton is putting at the core of her own campaign. The question for voters is whether she can do what Obama could not.

In front of thousands of diehard, cheering Democrats, Obama could do no wrong. But heading into the fall, it’s unclear how his depiction of the country will be received by the broader voting public.

“By so many measures, our country is stronger and more prosperous than it was when we started,” Obama said. “And through every victory and every setback, I’ve insisted that change is never easy, and never quick — that we wouldn’t meet all of our challenges in one term, or one presidency or even in one lifetime.”

Yet like it or not, Obama’s legacy is now Clinton’s. His former secretary of state, Clinton has embraced Obama’s record and most of his policies as her own.

And her legacy is his. Should Clinton lose and Trump follow through on his promises, much of what Obama built as president could be unraveled.

With only a few months left in office, Obama is now taking stock of what the Democratic Party looks like after his two terms.

Obama’s party is better positioned than ever before to appeal to minority and women voters who increasingly drive the outcome of U.S. elections, an advantage Democrats put on display this week by highlighting the various minority groups at the convention.

On the other hand, his party’s argument to white men who still make up one in three voters in presidential elections appears to have gotten muddled along the way, a trend that polls show has deepened on his watch. Vice President Joe Biden said this week that Democrats have done the right thing for them, but added, “The Democratic Party overall hasn’t spoken enough to those voters.”

For years, Democratic leaders have griped privately that Obama neglected the sometimes tedious work of building up his party and keeping it viable for the next election. This week, after the breach of Democratic National Committee e-mails led to the party chairwoman’s ouster, the White House rushed to distance itself from the party’s political organization, where many of Obama’s staffers once worked.

What may be Obama’s most significant contribution to his party is the enduring power of his political brand. As he took the stage in Philadelphia, there were throwbacks to his own campaign eight years earlier, from the chants of “Yes we can” to the “Obama” signs that bobbed up and down in the crowd in an undulating sea of blue.

Democrats hope that Obama nostalgia will animate voters over the next three months as Obama clears much of his schedule to campaign for Clinton and other Democrats across the U.S.

“Tonight, I ask you to do for Hillary Clinton what you did for me,” Obama said.