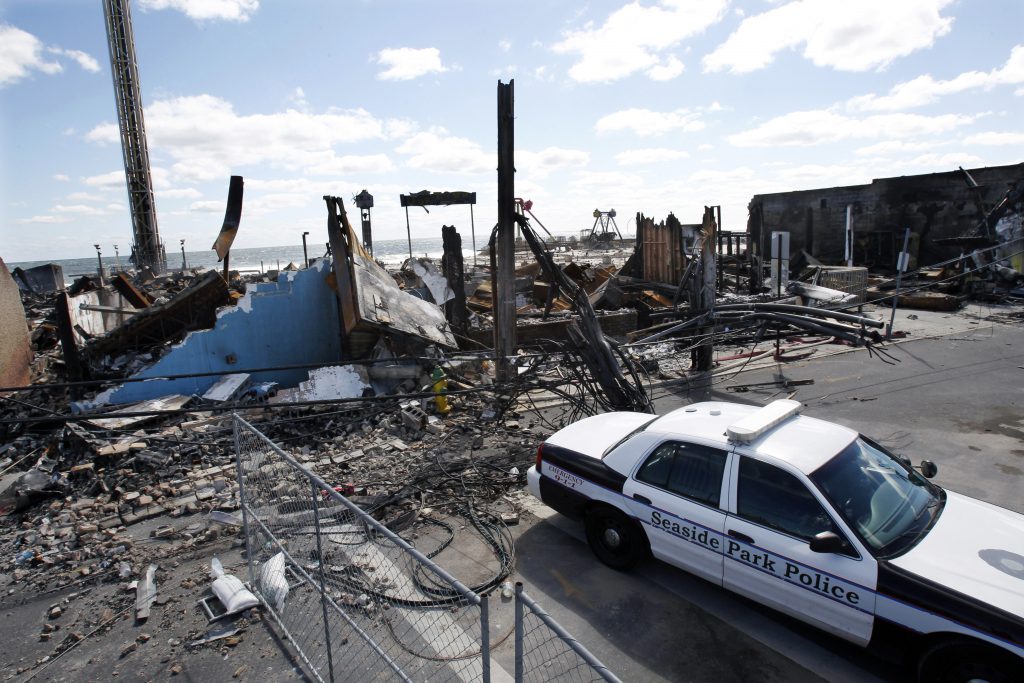 A historic Jersey shore pier that was pummeled by Superstorm Sandy, then destroyed a year later in a spectacular fire might finally be done in by building regulations.

The owner of the former Funtown Pier says he won’t rebuild it if the town sticks to height restrictions it imposed this week on amusement rides on a rebuilt pier. Owner William Major says he needs thrill rides up to 300 feet tall for a rebuilt pier to work financially. But the town this week set a 100-foot limit on rides.

“Mr. Major is realistic but needs to have some relief so he can afford to rebuild the pier,” said his attorney, Stephan Leone. “We need that height.”

Rides that would exceed the 100-foot limit set Tuesday by the borough’s planning board include a swing ride with a 200-foot tall poll and a ride called the Tower of Fear, Leone said.

But neighbors accustomed to the lower-intensity rides have lined up to oppose the proposed thrill rides. Many said they don’t want Seaside Park to become like its neighbor to the north, Seaside Heights, which also has an amusement pier but with larger rides and a much rowdier clientele.

“Many people love to have a place where they can get that amusement feeling and flavor of the Jersey shore,” Mayor Robert Matthies said. “But 300-foot thrill rides is a whole different ballgame. You come to the Jersey shore, but that doesn’t mean you want to hear screams all night long.”

Matthies researched amusement rides along the Jersey shore and found that most are 100 feet tall or less — and have been thriving for decades.

The borough council will consider the height rules, but it shows little enthusiasm for overriding them.

“Do you want an economic engine at the south end of the boardwalk that brings people into town, fills the restaurants and the motels and gives amusement to the entire boardwalk area?” Leone asked.