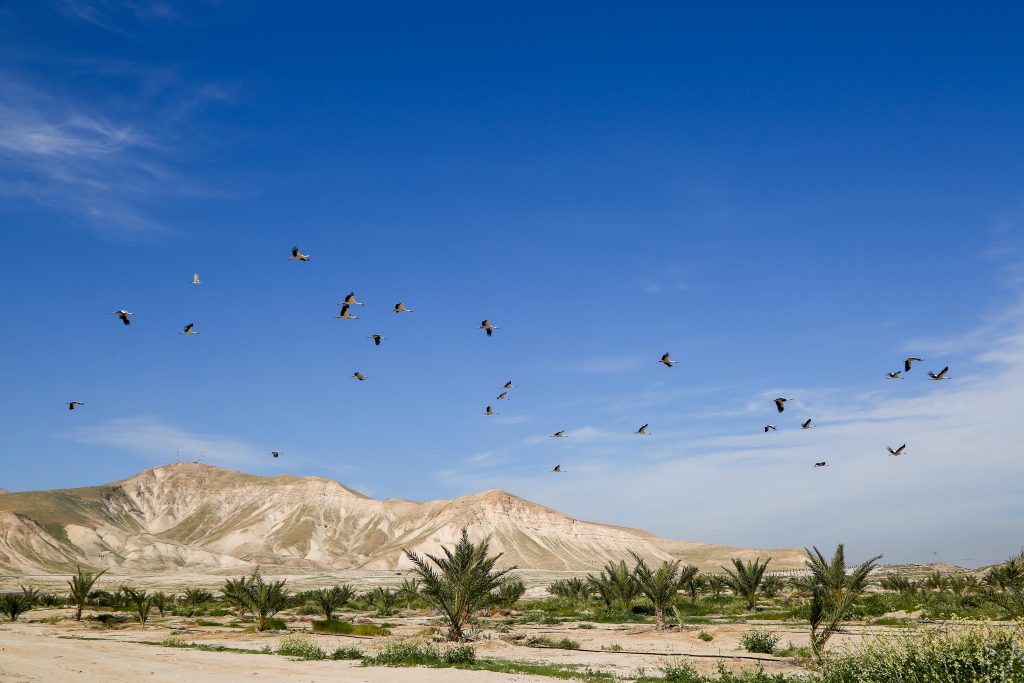 Former Defense Minister Moshe Yaalon alleged on Wednesday that Prime Minister Binyamin Netanyahu was willing to cede control over the Jordan Valley as part of a peace deal with the Palestinians.

Yaalon claimed that unlike Netanyahu, he “wouldn’t give up complete Israeli control over the Jordan Valley and Jewish communities in Yehudah and Shomron and all of Yerushalayim.”

He warned that if Israel gives up unrestricted access to Yehudah and Shomron, the Palestinian Authority “won’t survive, and the Jordanian kingdom will fall too.”

The allegation was at odds with numerous public statements issued by Netanyahu during the 2014 peace talks wherein he insisted on a long-term IDF presence in the Jordan Valley to guarantee security under any agreement with the Palestinians.

In response at the time, PA President Mahmoud Abbas stated that the most he would agree to would be a transitional, three-year Israeli presence in the region adjacent to the border with Jordan.

The Likud party struck back later Wednesday, attacking the former senior Likud member’s credibility. “This is the same [Yaalon] who said over the course of a few months that Iran was a concern for the existence of Israel, and when the defense portfolio was taken from him he changed his version.

“He’s prepared to say anything today for someone to remember he exists,” the party said in a statement. “We won’t be surprised if next week he says that Netanyahu accepted the Uganda Scheme and that only thanks to him we remained in Israel, just to grab some more headlines.”

The party was alluding to the proposal to establish a state in British East Africa instead of Palestine, which was ultimately rejected by the Zionist Congress.

During his wide-ranging remarks at Bar Ilan University, Yaalon also hammered again at the theme of leadership.

“When the leadership is busy with petty politics, in quarrels and factionalism, [they target], at times the Arabs, the settlers, left-wingers, chareidim, and now, Ashkenazim and Sephardim. Where does this come from? They delegitimize senior members of the defense establishment and the IDF, and attack them as left-wingers, because they safeguard the rule of law,” Yaalon charged.

He defined leadership as “the ability to take decisions not out of political survival. Online extreme comments, the media, or one community or another should not budge you from your path.”

Yaalon added that the Negev and the Galil regions have “turned into the Wild West,” where there is no law enforcement. Plans to settle the Beduin in the south have been delayed, he said, and Yerushalayim’s Arab neighborhoods have become “ex-territorial zones.”

Both Hamas and the PLO seek a Palestinian entity “from the river to the sea,” he said. “When the Palestinians say occupation, they mean from 1948, not 1967.” He warned against “deluding ourselves into believing that another agreement or withdrawal will improve our security-diplomatic situation.”

When asked about his position on the demand for the return of the bodies of Oren Shaul, Hy”d, and Hadar Goldin, Hy”d, from Hamas, Yaalon said that he adheres to the principle of “not ransoming a captive for more than his value.”

“That is why,” he said, “I voted against the Palestinian prisoner swap for Gilad Shalit. From the moment we agree to pay exorbitant ransoms, we invite the next kidnapping. We have an obligation to those we send to the front. But when we say that we must return our captives or bodies ‘at any price,’ the other side raises the price.”

Regarding IDF soldier Elor Azaria, on trial for shooting a neutralized terrorist, Yaalon said that “the military investigation showed that the incident was not normative, that he was not a military hero, as they try to present him. Then it went to criminal proceedings. I didn’t go to the court and didn’t apply pressure.

“When I found myself in the Knesset facing an unrestrained attack on the IDF chief of staff, I said what I said. We don’t abandon the chief of staff. There was a whole campaign financed to undermine our values and the law, but the important decisions were taken by the commanders who did not submit to political and other pressures,” Yaalon said.