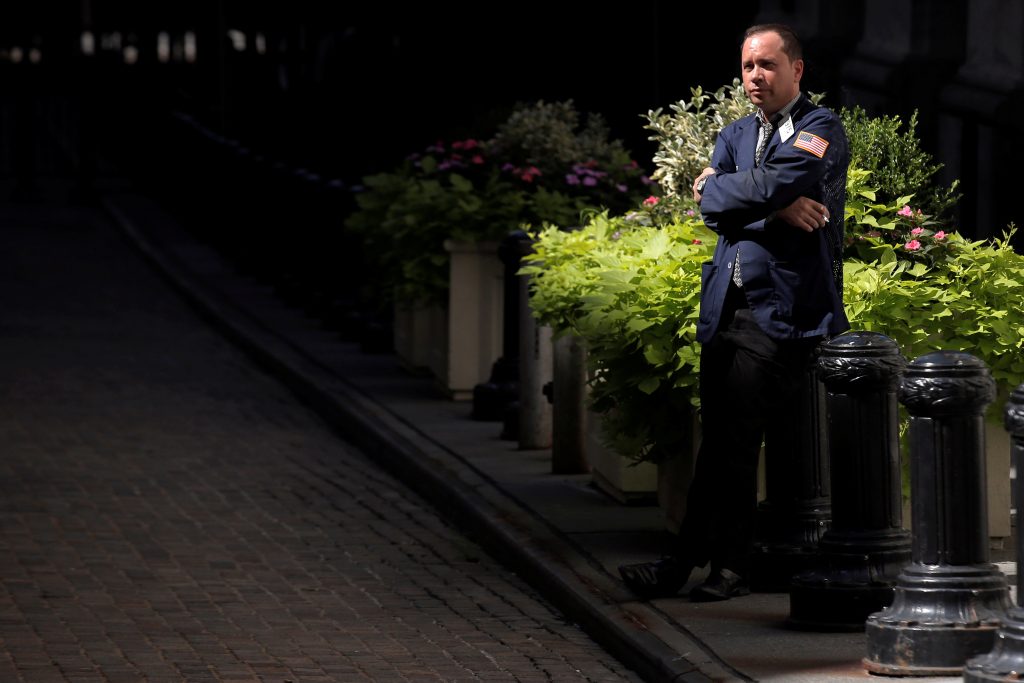 Stocks were moving mostly lower in late morning trading Wednesday as gains in technology stocks like Apple were offset by declines in consumer staples makers including Coca-Cola. Energy companies fell along with the price of crude oil. Investors were looking ahead to a decision on interest rates from the Federal Reserve, which wraps up a two-day policy meeting later in the day.

EARNINGS BEAT: Apple soared $6.34, or 7 percent, to $103.01. While the company reported lower revenue and iPhone sales, it still earned $10.5 billion last quarter, well above analysts’ estimates. Apple had been one of the biggest drags on the market this year as investors became concerned that its years of massive growth were coming to an end. Apple nearly erased its loss for the year.

OIL: Benchmark U.S. crude fell 93 cents, or more than 2 percent, to $41.99 a barrel on the New York Mercantile Exchange, continuing its month-long decline. Brent crude, used to price international oils, fell 99 cents to $43.87 a barrel in London. Energy stocks were among the biggest decliners as oil prices fell. Marathon Oil, Chesapeake Energy and Hess Corporation all fell 3.5 percent or more.

FLAT: Coca-Cola fell $1.55, or 3.5 percent, to $43.33, after the beverage giant trimmed its sales outlook for the year, citing weak demand in China and other international markets. Coke has faced headwinds in the U.S. and internationally as more consumers move away from sugary drinks.

FED WATCH: The Federal Reserve is scheduled to release its latest monetary policy statement later Wednesday. While analysts expect the Fed to stand pat on interest rates, they did say recently that the strength in U.S. economic data coupled with the recovery of investor sentiment since Britain’s vote to leave the European Union have revived the possibility of a rate increase later this year.