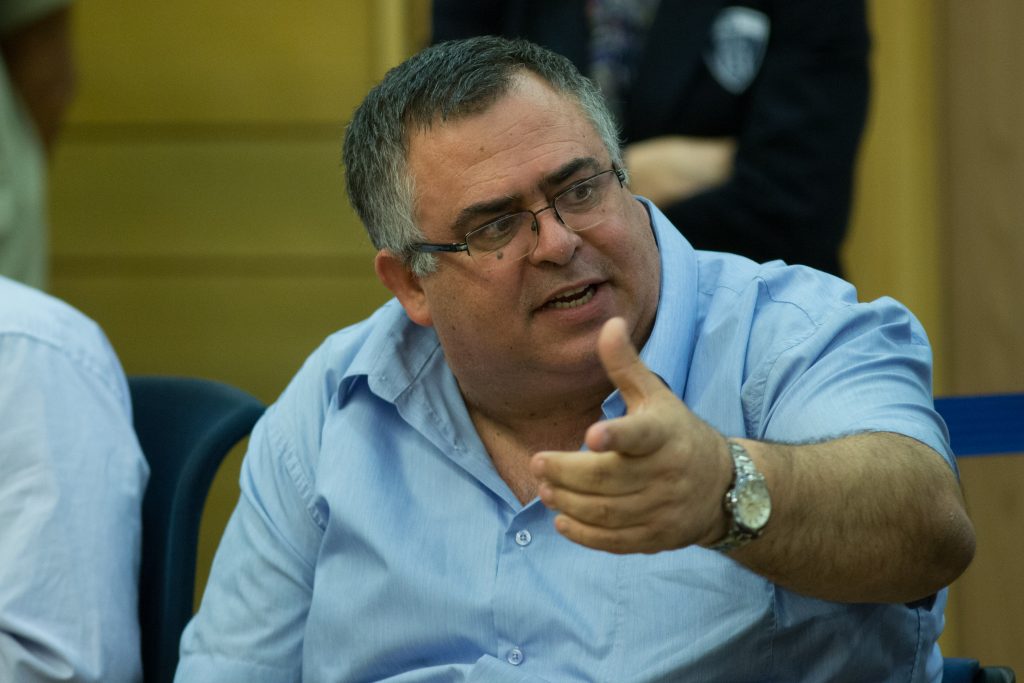 The two-year budget bill, designed to help stabilize the government by eliminating at least one of the annual parliamentary bloodlettings, was itself the occasion for an uproar in the Knesset on late Tuesday and Wednesday.

Opposition MKs filibustered the bill, submitting thousands of objections to keep the plenum debate going overnight, and on Wednesday morning coalition chairman David Bitan (Likud) retaliated by declaring a halt on cooperation with the opposition, according to The Jerusalem Post.

This means that coalition members will not vote for opposition bills, even those approved by the coalition-ruled Ministerial Committee for Legislation. Bitan canceled his weekly negotiation meeting with opposition factions, and said he would block opposition-sponsored bills from being brought to votes.

“The coalition took all bills seriously without considering if they come from the coalition or opposition, and instead of behaving the same way, the opposition is breaking all agreements and making a mockery of the Finance Committee,” Bitan explained, referring to months of committee work devoted to the budget.

After the Knesset night session was finally adjourned, MK Stav Shaffir (Zionist Camp) said: “We read objections, one after the other. They had a lot of content, with thought behind them to make the budget much better, [but] the coalition members belittled us. They tried to make deals…they asked us how much money do we want for our causes in order to stop the filibuster.

“Their politics is all deals and populism. We won’t accept it,” added Shaffir, who was elected to the Knesset following a leading role in the 2014 social justice protests.

Zionist Camp faction chairwoman Merav Michaeli wrote a letter to Speaker Yuri Edelstein saying that the opposition will boycott the plenum until Bitan takes back his threats.

“The opposition behavior that Bitan referred to was a filibuster through bringing up objections…a basic opposition tool in the work of the Knesset,” Michaeli wrote. “To us, [Bitan’s threat] is breaking every convention of reasonable parliamentary behavior.”

“This is not the way to have a parliament,” he chided the plenum. “There are negotiations [between the coalition and opposition] every week, where people talk and don’t always agree. There are enough parliamentary tricks that can be used; the rule book allows many different ways.”

Edelstein added that if MKs start “punishing and boycotting” each other, there will be no end to it, and all will suffer.