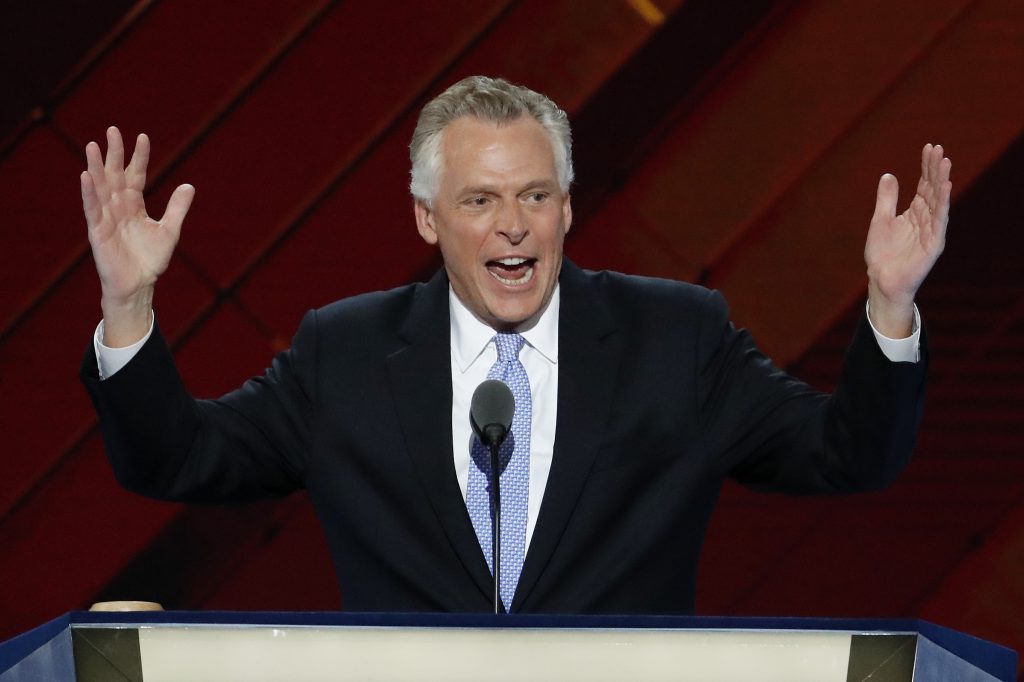 There’s a reason Hillary Clinton’s campaign so forcefully and unequivocally pushed back at Virginia Democratic Gov. Terry McAuliffe’s assertion Tuesday that she will support the Trans-Pacific Partnership once she’s in the White House. Here’s campaign chair John Podesta on Twitter:

“Love Gov. McAuliffe, but he got this one flat wrong. Hillary opposes TPP BEFORE and AFTER the election. Period. Full stop.”

What McAuliffe said doesn’t just directly contradict Clinton’s stated position about the trade deal Obama is trying to pass before he leaves office. It undercuts several narratives Clinton is using the convention to reframe, while reinforcing some of the most damaging narratives to her campaign.

McAuliffe has since tried to walk back his comments to Politico. In an interview Wednesday with MSNBC’s Andrea Mitchell, he said Clinton “would only go forward if the changes that she wants are implemented and that everyone is in agreement.” And he told reporters this Wednesday: “[Clinton ] is against TPP and she is always gonna stay against TPP. Let me be crystal clear about that.”

But the damage has been done. Here’s how:

1 – It reinforces that the Clintons will say anything to get elected: Republicans have been lobbing this attack at the Clintons for years, and no one repeats it more often these days than Donald Trump.

Clinton’s evolving position on the TPP is Exhibit A to make their case:

Clinton has a long and complicated relationship with trade, going back to her first days in the White House. As secretary of state, Clinton traveled around the world advocating the TPP, a legacy trade deal for Obama. Then, in the heat of a presidential primary with Sen. Bernie Sanders, she said she couldn’t support it.

Now you have one of her best friends (more on that in a minute) essentially saying that was all a ruse and she will support it.

2 – It gives Donald Trump a bigger opening in the anti-trade vote: Trade is one of those issues that doesn’t fall neatly along political fault lines. To the extent that voters even know what the TPP trade deal is, an October Washington Post-ABC News poll found Democrats are generally more supportive of it (51 percent) than Republicans (39 percent).

But this deal is incredibly unpopular with two influential Democratic interests, labor unions and environmental groups, so many Democratic politicians in Congress oppose it, while many Republicans in Congress support it. (The conservative-leaning U.S. Chamber of Commerce is a fan of trade deals.)

Trump has defied his party’s leadership and come out against the TPP. As The Fix’s Philip Bump recently wrote, that’s smart politics.

In June, the Public Religion Research Institute and the Brookings Institution found that a majority of Americans said free-trade agreements were more harmful than helpful — including 69 percent of Trump supporters, Bump pointed out.

Trump smartly seized on McAuliffe’s comments to argue that he’s the only anti-trade candidate in the race.

“Just like I have warned from the beginning, Crooked Hillary Clinton will betray you on the TPP,” Trump wrote on Twitter.

3 – It reinforces that Hillary Clinton isn’t honest with voters: Of all the obstacles Clinton needs to overcome, the idea she’s not honest or trustworthy is proving the most damaging and most intransigent.

That image problem has trailed Clinton like an anchor through most of this campaign and likely played a role in dragging the primary out so long. As she took to the stage to declare victory in the first contest, Iowa, supporters at a Sanders rally chanted “She’s a liar!”

Now that Clinton finally has the nomination, even a whiff of the notion that she won’t follow through on her promises risks disillusioning Democrats who have recently come on board for her.

4 – It reinforces the idea that only Clinton’s inner circle knows what she really thinks: Surrogates saying things the campaigns wish they hadn’t happens. (See: Carson, Ben). But McAuliffe is no regular surrogate. He’s long been viewed as a key member of the Clintons’ inner circle. He was co-chair of Bill Clinton’s ’96 presidential campaign and Hillary Clinton’s ’08 campaign. He can and has spoken with authority in the past on the Clintons and their political views.

And the Clinton camp is known for being loyal, sometimes to a fault. If McAuliffe is indeed still in their inner circle, it’s reasonable for voters to ask: Why wouldn’t he have an understanding on what Clinton plans to do when she’s in the White House?

Even though McAuliffe tried to walk back his comments after the campaign did damage control, voters skeptical of Clinton for all of the above reasons are now forced to choose who they want to believe. For those voters, we’re guessing it won’t be the campaign of a candidate they already struggle to trust.

Scott Clement contributed to this report.