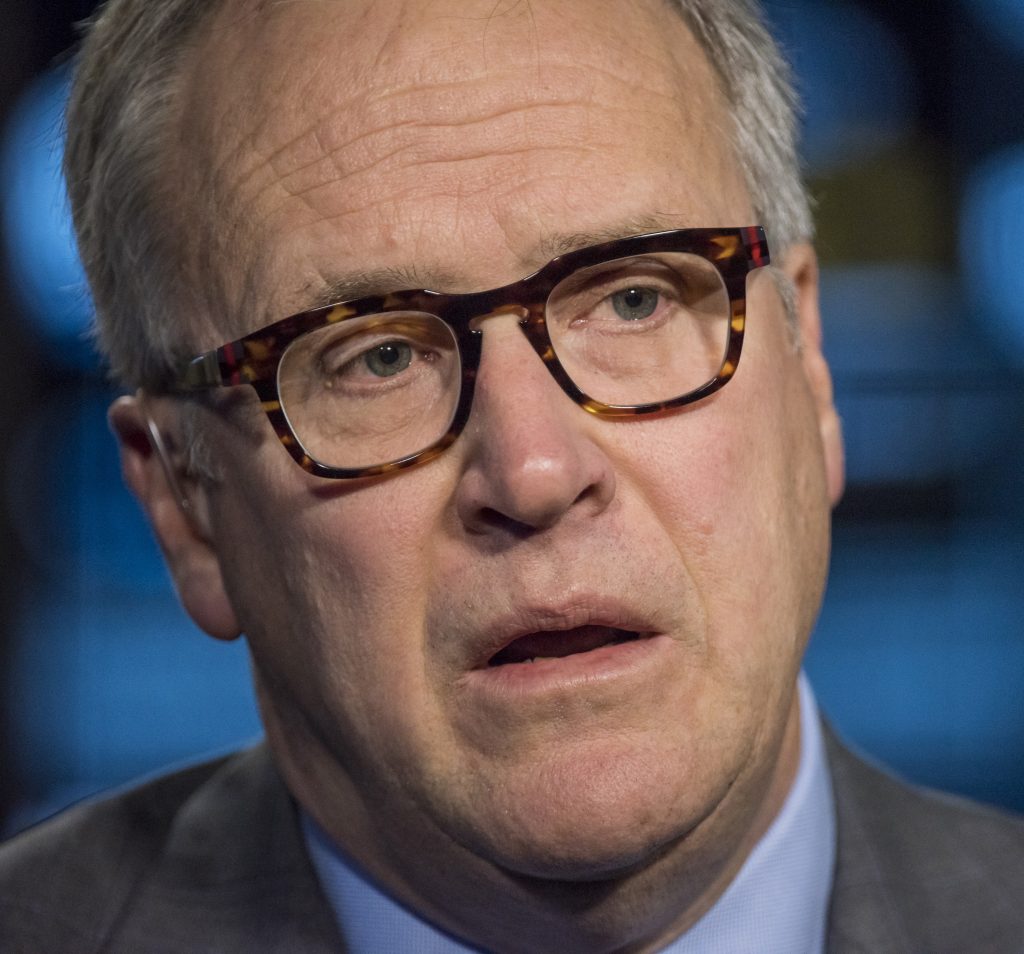 Over the last eight years, Eli Lilly & Co. relied on a three-decade company veteran to steer it through declining sales and a struggling product pipeline. Now it’s turned to another long-time executive for its next chapter.

On Wednesday, the Indianapolis-based drugmaker – recently returned to favor with investors – said Chief Executive Officer John Lechleiter will step down after more than 35 years at the drugmaker and hand over the job to David Ricks, another longtime executive.

Ricks, who started at Lilly in business development in 1996, is currently senior vice president and president of Lilly Bio-Medicines. Unlike Lechleiter, an organic chemist who became a businessman, Ricks comes from a commercial background.

He holds a bachelor’s degree in business from Purdue University and an MBA from Indiana University, according to Lilly’s website. In his most recent role, he oversaw some of the company’s biggest programs, including in Alzheimer’s disease, pain and marketing operations, along with several other drug areas. He will take over as CEO on Jan. 1, and as chairman six months later, Lilly said Wednesday in a statement.

Lechleiter, 62, joined Lilly’s labs in 1979 and rose through the ranks to become director of pharmaceutical product development. After becoming CEO in April 2008, he navigated the drugmaker through the loss of patents on some of its biggest drugs, the anti-psychotic drug Zyprexa and the antidepressant Cymbalta, and trimmed the workforce to cut costs.

“This is a very smooth transition,” John Boris, an analyst with SunTrust Robinson Humphry, said in a telephone interview. “John was the architect for the turnaround for Lilly as it went through its most difficult patent-expiration period, and then he restocked the cabinet.”

He called Ricks an “exceptional operator” given his wide-ranging experience with sales, marketing, operations and new products. Ricks’s work at Lilly spans continents, having served as general manager for the company in Canada and China before becoming president of Lilly USA in 2009.

The company has made a high-risk, potentially high-reward bet on an experimental treatment for Alzheimer’s under his tenure, which could have results from a large, final-stage trial in the next year.

“Should it be positive, that’s a big deal for us, but if not we have a broad portfolio in Alzheimer’s and in many other disease areas,” Ricks said Wednesday in a telephone interview.

Ricks, 49, became president of Lilly Bio-Medicines in 2012. The unit includes company’s operations in Alzheimer’s, urology, immunology, pain and musculoskeletal drugs, as well as its marketing efforts.

“He’s shockingly well-schooled in the pharmaceutical business,” Guggenheim Securities analyst Tony Butler said in a phone interview. When Ricks would present on behalf of the company, “he was incredibly good about understanding all of the particular products they had and why one was more important than the other.”

Ricks has a background in doing deals, and he anticipates doing more of that when he takes over as CEO.

“I have some passion for that area,” he said of mergers and acquisitions, but added that the company isn’t looking for large-scale deals. “We’re interested in pipeline collaborations or acquisition of companies that have assets we’re interested in.”

After lagging many of its pharmaceutical peers, Lilly has started to regain favor among investors. Since Lechleiter took over as CEO, the shares have gained 58 percent. The stock rose 1.1 percent to $82.98 at 12:58 p.m. in New York.