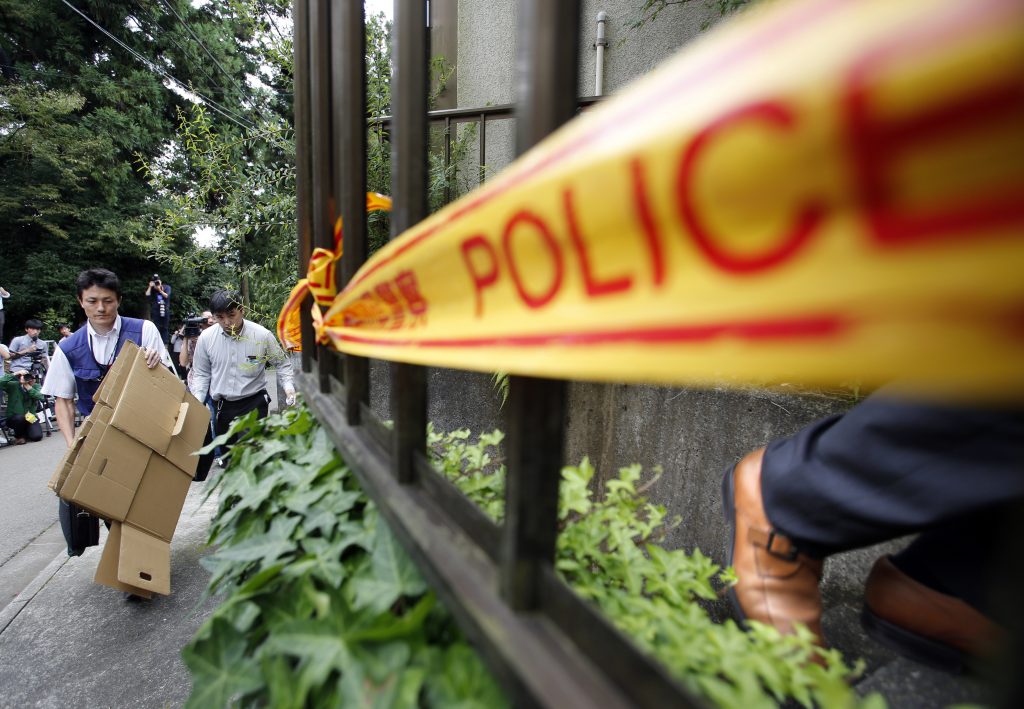 Japanese police on Wednesday raided the house of a 26-year-old man suspected of stabbing 19 people to death and wounding dozens at a facility for the disabled in a small town near Tokyo, Japan’s worst mass killing in decades.

About half a dozen plainclothes policemen entered the home of Satoshi Uematsu, a former employee of the facility, as reporters and media cameras stood by.

Uematsu had said in letters he wrote in February that he could “obliterate 470 disabled people” and gave detailed plans of how he would do so, the Kyodo news agency reported.

He was involuntarily committed to a mental hospital after he expressed a “willingness to kill severely disabled people,” an official in Sagamihara told Reuters. Yet he was freed on March 2 after a doctor deemed he had improved and was no longer a threat to himself or others, the official said.

Uematsu, who gave himself up to police on Tuesday after the attack, was transferred from a regional jail in Sagamihara town, about 25 miles southwest of Tokyo, to the Yokohama District Public Prosecutors Office in Kanagawa prefecture.

Video footage showed him smiling in a police car as he was driven away.

The carnage has shocked a country with one of the lowest crime rates in the world.

Residents of the Sagamihara area, a largely rural, wooded valley where houses are interspersed with orchards and vegetable gardens, were struggling to come to grips with the violence.

The killings have sparked debate on whether the system for involuntary commitment and aftercare has broken down, since Uematsu had previously made clear his intent to commit the crime.

“Involuntary commitment is done forcefully by the authorities … If the time period drags on longer than necessary, it becomes a serious violation of human rights,” the Asahi newspaper said in an editorial on Tuesday.

“However …there were warning signs before the incident,” the paper noted. “Was the treatment and follow-up of the man sufficient? It is vital to closely examine the system of support for the man and his family, and the contacts between the medical system and the police.”