Israel Family of Killed Terrorist: PA Turned Him In to Israel
Israel 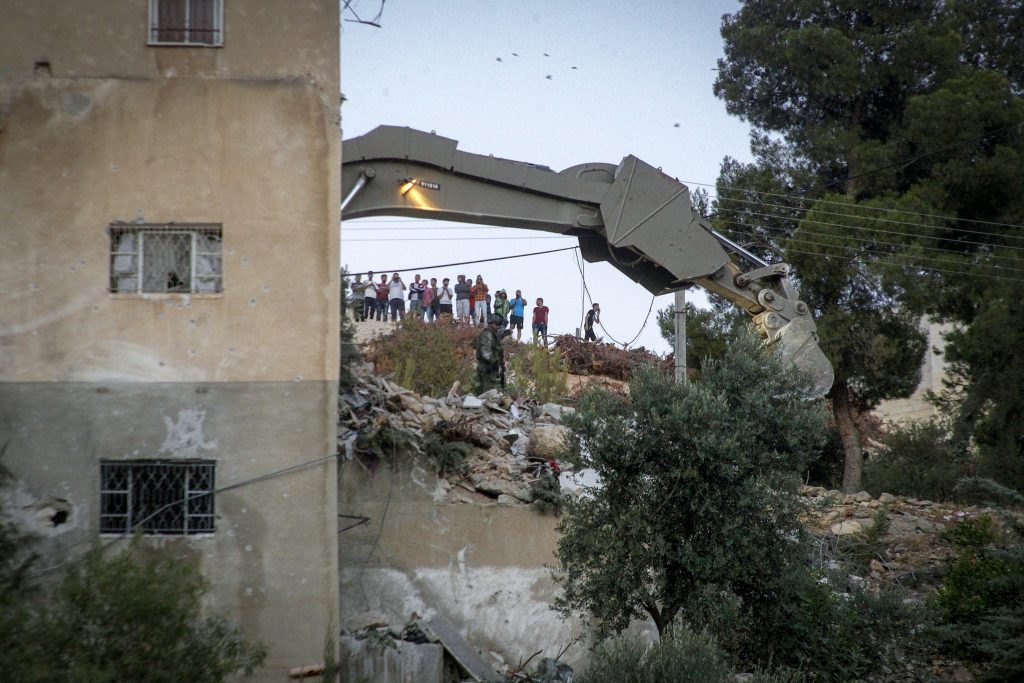 Relatives of Muhammad al-Fakih, the terrorist killed by IDF soldiers Tuesday night in a nearly nine-hour battle in the village of Tzurif, near Chevron, said that the terrorist had been turned into Israel by Palestinian Authority officials. That, they said, was the only way the IDF and Shin Bet could have known which building al-Fakih and his gang were holed up in.

Fakih was killed after a long battle with IDF troops Tuesday night. Fakia, 29, a resident of Chevron, was identified as one of the murderers of Rabbi Michael Mark, Hy”d, last month.

Fakia and other members of the gang that killed Rabbi Mark were known to Israeli authorities; Fakia himself had been in prison in Israel in the past, jailed as a member of Islamic Jihad (he switched over to Hamas while in prison), and he had been questioned by Israeli authorities three times previously this year on security charges. Fakia disappeared two days after the terror attack, when Israeli forces arrested his brother and other family members, all of whom said they did not know where he was.

In a statement Wednesday morning, members of the Mark family said that they “thanked the IDF and Shin Bet for working day and night to find the murderers of Rabbi Mark and eliminate them. We were shocked to hear that these Palestinian Authority terrorists were known to authorities, and had been in Israeli prisons and been released. We expect an appropriate reaction to this matter from authorities.”

Also Tuesday night, Israeli security forces arrested 52 suspects in Arab neighborhoods of Yerushalayim who were involved in various security offenses in recent weeks, including rock throwing, firebomb attacks, and rioting. All were taken in for questioning. Police are seeking an additional 28 suspects.