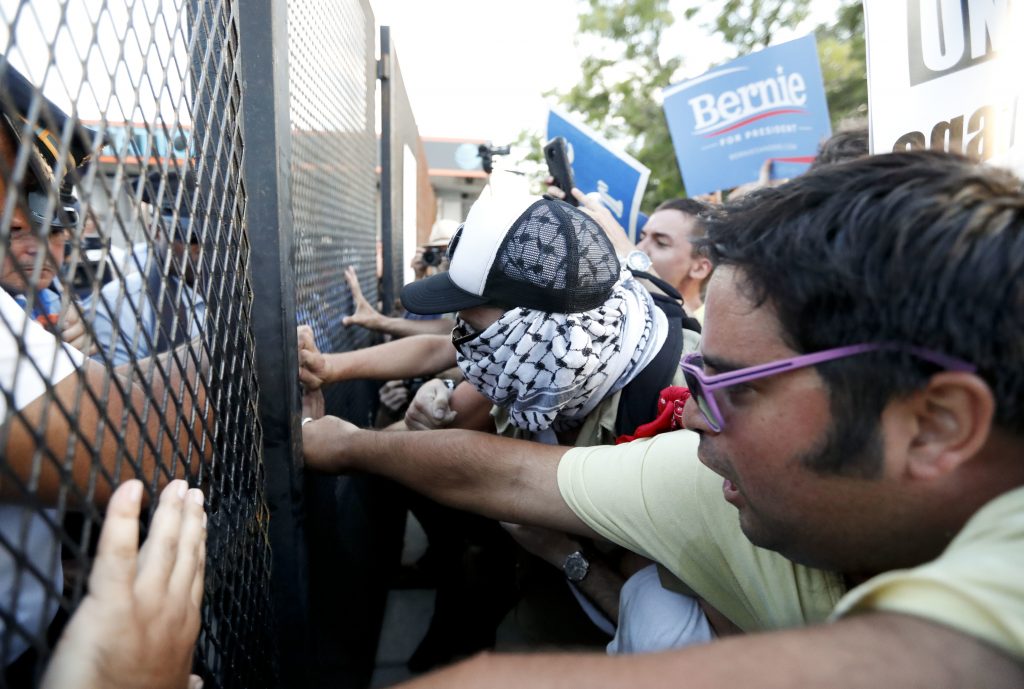 Protesters set an Israeli flag on fire and chanted, “Long live the intifada” outside the Democratic convention site on Tuesday night.

A woman wearing a black bandanna on her face lit the flag on fire Tuesday night as protests continued outside of the secure zone around the Wells Fargo Center in Philadelphia. Someone stood nearby waving a Palestinian flag.

Protesters also set pro-Bernie Sanders fliers on fire, that were hanging on steel fencing around the site.

Separate groups of Sanders supporters, protesters marching against police brutality and others joined together in the streets outside of the convention.