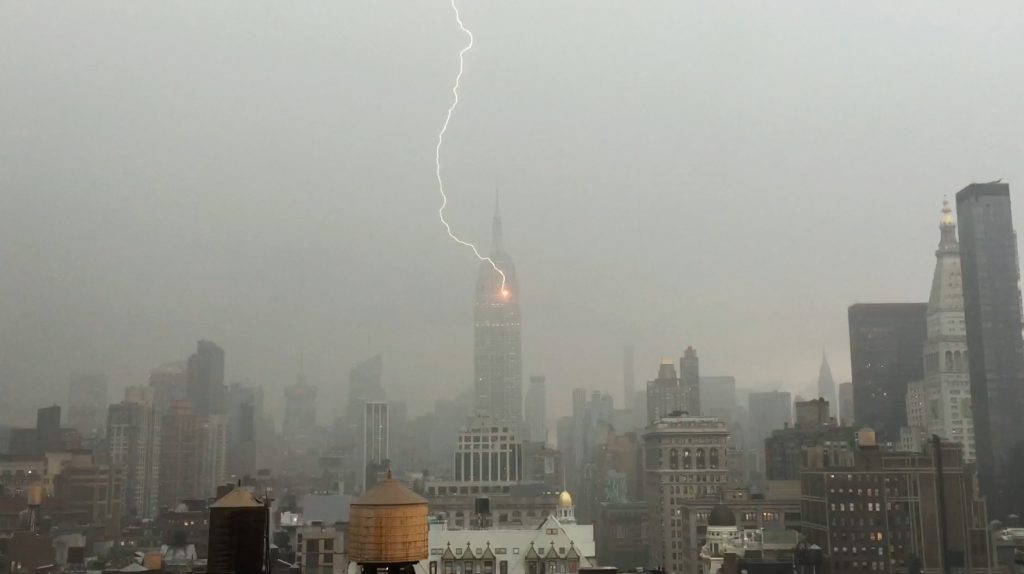 A frame of the video shared by journalist Henrik Moltke shows the bolt striking near the top of the skyscraper. Moltke says he saw the storm approaching from his office window and captured the strike by balancing his phone against the glass. He says he “was just lucky.”

Lightning strikes on the Empire State Building aren’t unusual. The building’s website says the structure serves as a lightning rod for the surrounding area and is hit by lightning 23 times a year on average.