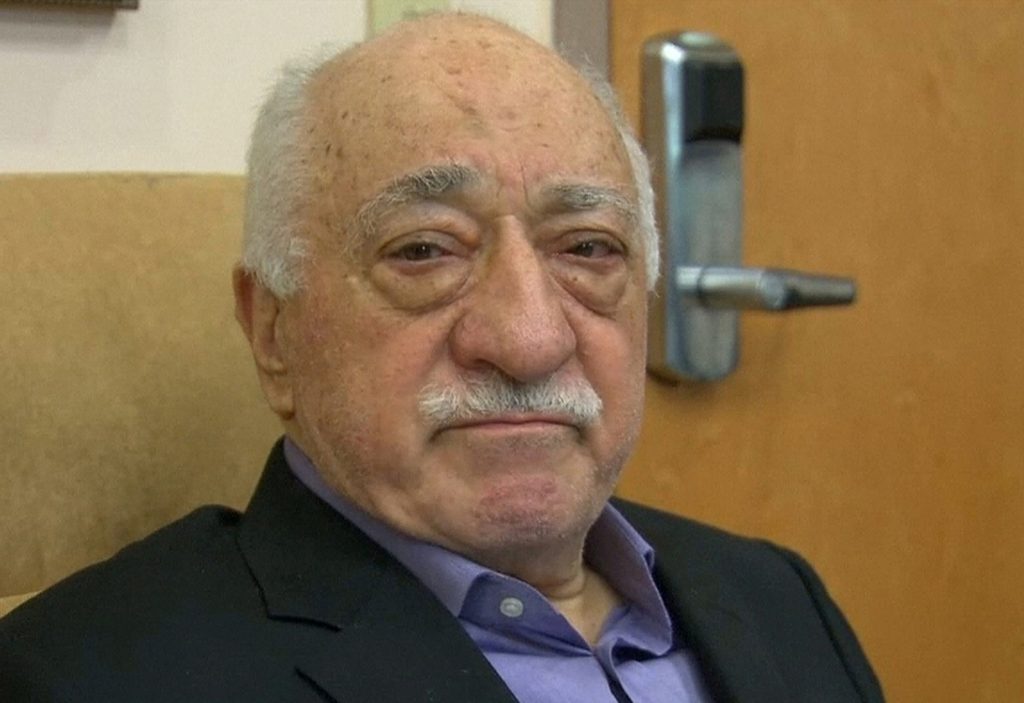 Turkish leaders on Tuesday stepped up their calls for the United States to punish Fethullah Gulen, the reclusive cleric living in Pennsylvania whose organization is said to be behind the failed July 15 coup attempt that sought to topple President Recep Tayyip Erdogan and his government.

Officials in Ankara insist that Gulen had a direct hand in the coup plot, a mutiny led by a faction in the military that led to about 290 deaths before it was quashed.

“Turkish people are appalled at the U.S.’s insistence in harboring him. We, as the Turkish government demand his return to face justice,” Cavusoglu wrote in an op-ed published on Al Jazeera’s website Tuesday. “His extradition to Turkey is the strongest expectation of the people of Turkey from the U.S.”

He added that what the Obama administration does next “may shape the future relations of the two key allies.”

Turkey has submitted legal documents to U.S. authorities concerning Gulen’s activities but says it will formally request his extradition after the country has finished investigating the defeated coup plotters.

Reports in the Turkish media continue to shed light on Gulen’s supposed role in fomenting the coup attempt. Gen. Hulusi Akar, the country’s chief of staff, detailed in testimony leaked to the news media what happened while he was detained by military officers participating in the putsch.

Akar said a brigadier general among the mutinous faction offered to “put me in touch with their opinion leader Fethullah Gulen.” Akar said he refused to speak to Gulen or read out the manifesto the coup plotters had drafted declaring their takeover of the state.

Akar said he told the rebel officers that “the road they are taking is wrong, they are getting drowned in a swamp, they will pay for it.”

In the days since, about 40 percent of Turkey’s top military officers – generals and admirals – have been arrested or implicated in the coup plot. Thousands of others, including soldiers, prosecutors, judges and other civil servants, have been detained as part of the massive roundup of suspected Gulenists and subversive agents. Tens of thousands of others have been suspended or lost their jobs.

The purge’s latest targets include a high-profile former governor of Istanbul, who was detained on Tuesday for his alleged links to Gulen’s movement. Authorities also ordered arrest warrants for 42 journalists, a move that the Turkish representative for Reporters Without Borders called a “witch hunt.”

As the crackdown intensifies, the U.S. Embassy in Ankara advised American citizens to “reconsider travel to Turkey at this time.” It also authorized the “voluntary departure” of the family members of U.S. officials posted in Ankara and the consulate in Istanbul. The decision, a State Department statement said, came after the coup attempt and the Turkish government’s subsequent declaration of a 90-day state of emergency.

On the Turkish street, though, support for the government’s response to the coup remains high. Many of Istanbul’s thoroughfares and avenues are lined with Turkish flags in a display of nationalist solidarity, while the same red banner flaps from cars and motorcycles zooming past.

The 79-year-old spiritual leader has lived in self-imposed exile in the United States for nearly two decades. He presided over a significant network of schools that observers say created a generation of Gulen-inspired bureaucrats who penetrated various institutions of the state, including the police and judiciary.

In the initial years of Erdogan’s rule, his ruling Justice and Development Party worked with the Gulenists to defang and sideline the country’s traditionally staunchly secular military. But the two camps eventually turned on each other. Erdogan now accuses Gulen of being an architect of a parallel state-within-the-state that is undermining the republic. And even Erdogan’s political rivals concur.

Kemal Kilicdaroglu, leader of the main opposition party in Turkey, echoed the government’s calls for Gulen’s extradition on Tuesday.

“If Gulen is regarded as the main culprit of the coup attempt and wants to be acquitted, he should come to Turkey and stand trial in independent courts,” he said.