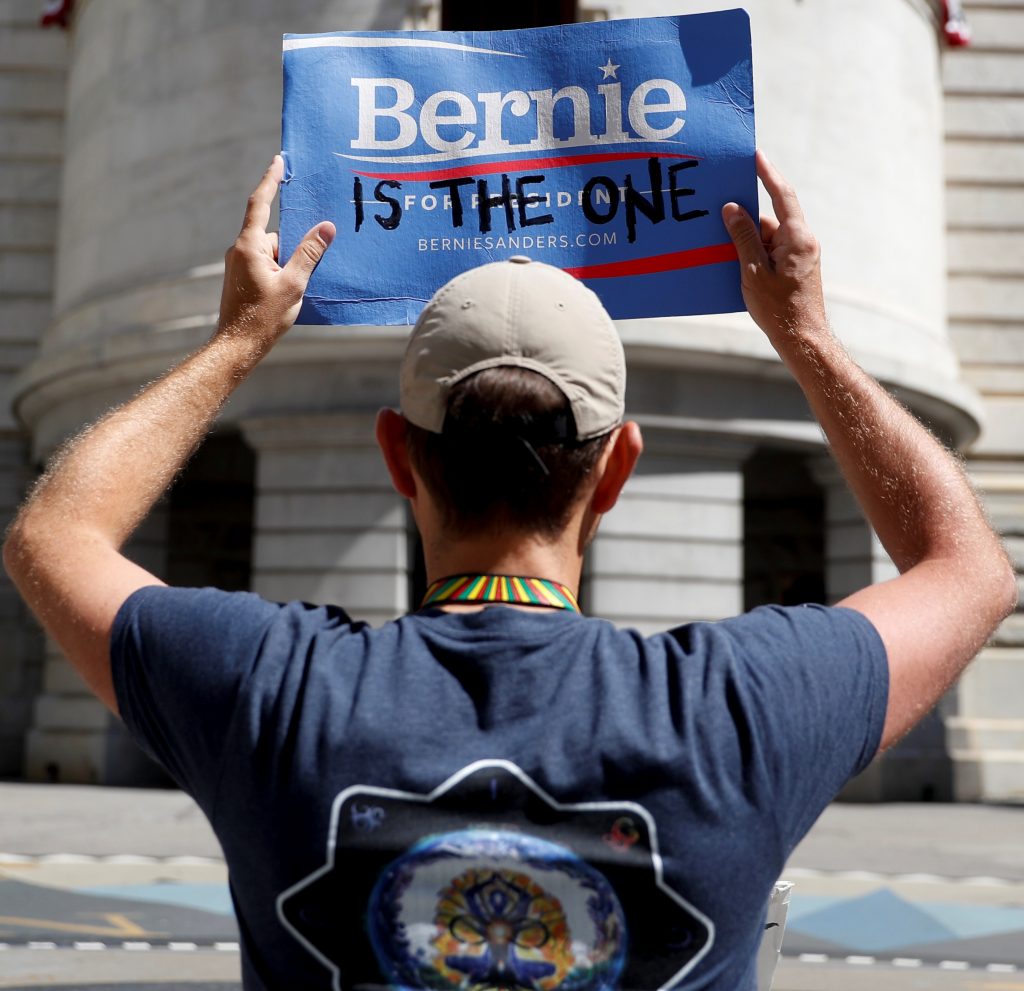 Undeterred by Sen. Bernie Sanders’ plea for party unity behind Hillary Clinton, Sanders supporters and others geared up for more demonstrations in the streets Tuesday on Day 2 of the Democratic convention.

A few hundred of his backers gathered around noon at City Hall with plans to join up in the afternoon with groups decrying police brutality and economic injustice. Together they planned to march the four miles down Broad Street to the convention site.

Some of the early arrivals at the Sanders rally said they weren’t swayed by his speech at the convention Monday night, in which he said: “Based on her ideas and her leadership, Hillary Clinton must become the next president of the United States. The choice is not even close.”

“He persuaded no one to vote for Hillary,” said Greg Gregg, a retired nurse from Salem, Oregon. He said he intends to vote for Green Party candidate Jill Stein, quoting the turn-of-the-last-century socialist labor leader Eugene Debs as saying, “I’d rather vote for what I want and lose than what I don’t want and win.”

On Monday evening, police cited 54 people for disorderly conduct for trying to climb the barriers outside the convention center during a pro-Sanders protest that reflected tensions between the Vermont senator’s supporters and Clinton’s.

The Sanders camp was angered when a trove of hacked emails released over the weekend showed that officials at the supposedly neutral Democratic National Committee played favorites during the primaries and worked to undermine Sanders’ campaign.

“They really agitate people more every time they stand up and do the Hillary Clinton, hoo-rah hoo-rah,” he said. Carter, a Dallas resident, said he doesn’t fear a Donald Trump presidency: “I’ve lived under nine white presidents in my lifetime.”

Chris Scully, an engineer from Troy, New York, held a “Jill Before Hill” outside City Hall and said he opposes Clinton because of her war record as secretary of state. As Scully spoke, a passer-by called out: “That’s a vote for Trump!”

Police estimated 5,500 people took part in Monday’s protests. Many of the marchers chanted, “Hey, hey, ho, ho, the DNC has got to go!” and carried signs reading “Never Hillary,” ”Just Go to Jail Hillary” and “You Lost Me at Hillary.”