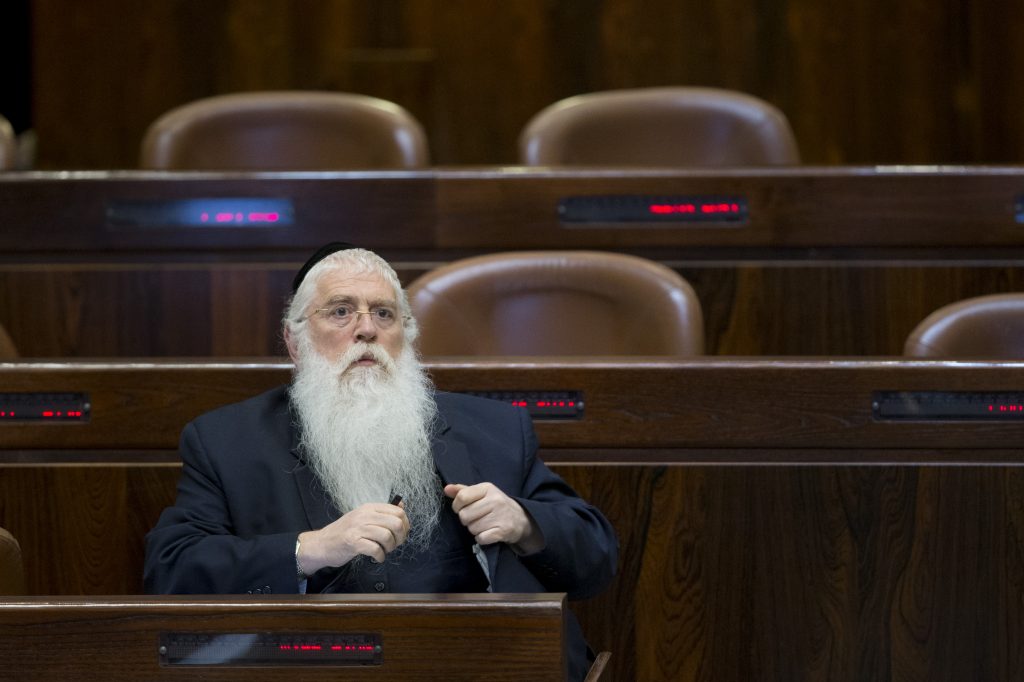 Deputy Education Minister Rabbi Meir Porush (UTJ) led off a Knesset debate on the repeal of core curriculum for chareidi schools with a scathing indictment of Yesh Atid, the party that authored that and numerous other anti-chareidi legislation during the previous Netanyahu government.

“For 65 years since the establishment of the state, the Education Ministry recognized the status of the independent ‘exempt’ schools,” Rabbi Porush said, referring to some chareidi schools exempt from state regulations.

“Ministers came and went; they all recognized the exempt schools. Then came Yesh Atid and initiated a bill, which, for one thing, was full of problems, a fact that the Education Ministry acknowledges even today.”

Rabbi Porush lambasted the secular party for circulating a video in recent days which made the false claim that if chareidi children are not compelled to study the state’s English and math curricula it will make them unemployable in the future. In fact, he pointed out, the chareidi system was teaching its students secular subjects long before the state began to insist on interfering in the matter.

The video further claimed that canceling the core curriculum requirement for chareidi schools would result in “nearly a million” people who cannot earn a living, and that the non-chareidi population would have to support them.

The Deputy Education minister rejected it as “a blatant lie…The entire chareidi enrollment is no more than 420,000, and of them only about 50,000 study in the “exempt” schools.”

Lapid has since apologized for the misinformation spread by his party in the video.

He also denounced the hypocrisy of the Yesh Atid MKs, who pretend to be concerned about the education of our children, yet not one of the 11 party members sits on the Education Committee. “If you care so much about education, join the committee, do something!”

The Education Committee on Tuesday approved the bill for a second and third (final reading) in the Knesset plenum. It is expected to pass and become law as early as next week, before the summer recess.