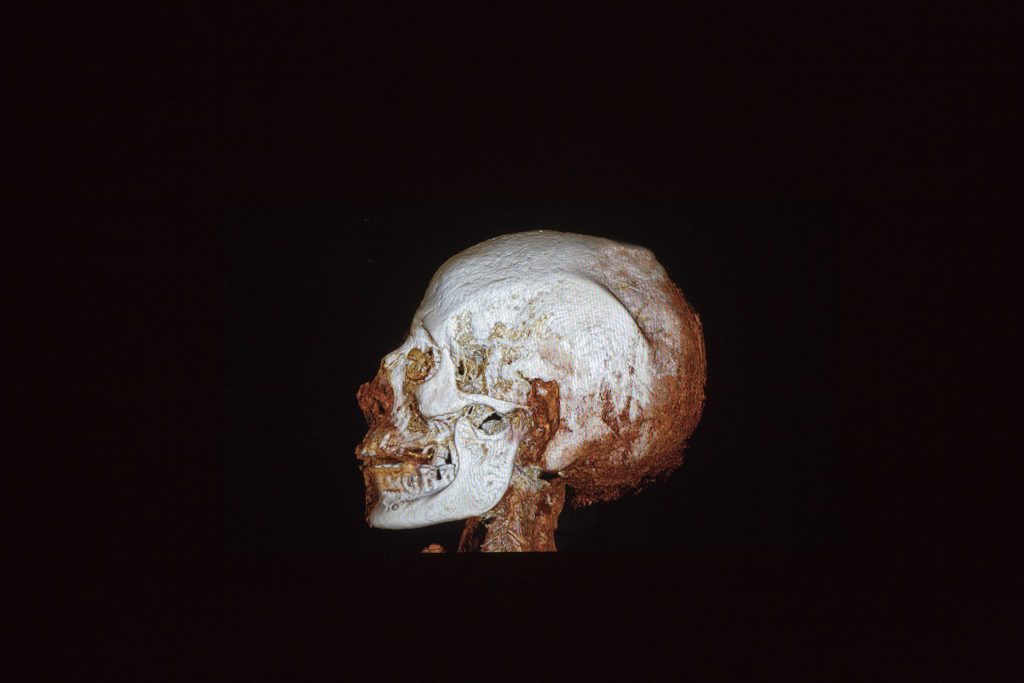 The Israel Museum is set to display an ancient Egyptian mummy of a man who was afflicted with some modern-day illnesses such as osteoporosis and tooth decay.

The illnesses, discovered using a CT scan, indicate that during his lifetime, the man was largely sedentary, avoided manual labor in the sun and probably ate a carbohydrate-heavy diet, according to curators.

The mummy is the only such relic in Israel, kept for decades at a Jesuit institute in Yerushalayim before it was loaned to the national museum. It will be displayed in a museum setting for the first time starting Wednesday.

The research on the mummy builds on previous international studies that have shown that people in ancient Egyptian times suffered from some of the modern-day diseases.

“Osteoporosis is a disease that is characteristic of the 20th century, when people don’t work so hard. We are glued to screens,” said Galit Bennett, who curated the mummy exhibit. “We were very surprised that there were people who didn’t do physical work and that it affected their bodies like this man here.”

The museum said that thanks to Egyptian embalming processes and Yerushalayim’s dry climate, the mummy’s bones, teeth and remnants of blood vessels were found largely intact, assisting them in their research. The mummy was also found to have had tooth cavities.

Researchers studied the mummy’s remains earlier this year using a CT scanner, technology that allowed them to discover the diseases and determine the mummy was a man who lived to what was at the time a relatively old age of 30 or 40 years. He was originally 5 feet 6 inches tall, but either in his lifetime or afterward he had shrunk to 5 feet 1 inch. His apparently sedentary lifestyle, as well as inscriptions on his coffin, indicates he was a priest, the museum said.

The museum said the mummy is originally from Akhmim, some 300 miles south of present-day Cairo. It was given as a gift to the Jesuit Pontifical Biblical Institute in Yerushalayim in the late 1920s by Jesuits in Alexandria, Egypt. The mummy, nicknamed “Alex,” was encased in a gold and black coffin and wrapped in strands of linen, a gold mask placed atop its concealed skull.