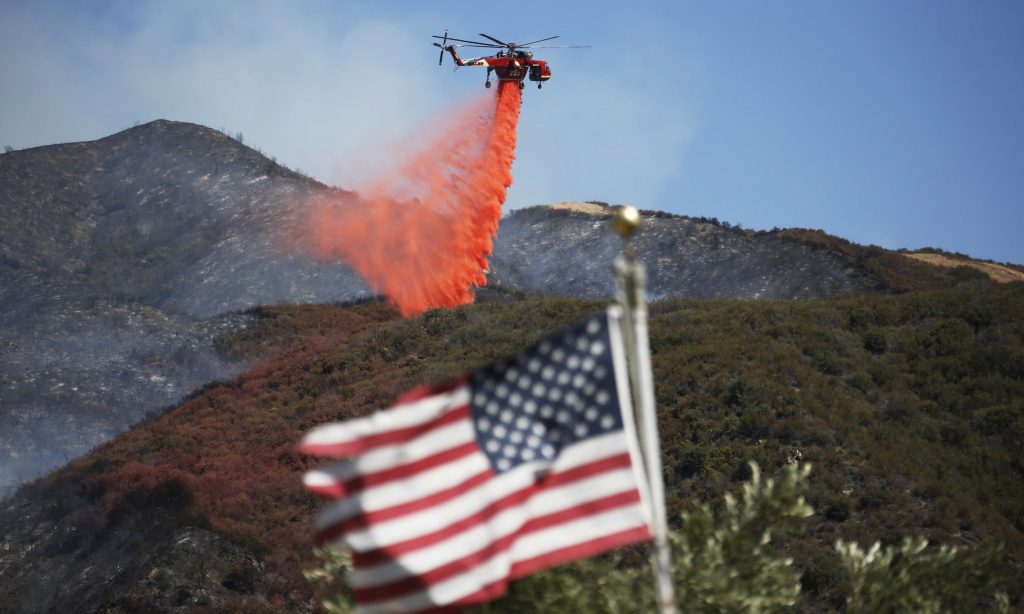 Most of the roughly 20,000 evacuees forced out by a wildfire have been cleared to go home, but firefighters still had huge work ahead in taming a massive wildfire northwest of Los Angeles.

A week of triple digit temperatures awaited the army of some 3,000 firefighters battling flames in rugged hills and canyons.

Residents of two neighborhoods still under threat had to remain out of their homes, the U.S. Forest Service said, after a day when the fire grew only slightly to about 55 square miles.

Eighteen residences have been destroyed in the blaze that started Friday afternoon and quickly tore through drought-ravaged brush that hadn’t burned in decades.

Some 300 miles to the northwest a blaze in the scenic Big Sur region of the Central Coast had destroyed 20 homes and threatened 1,650 others as it burned 25 square miles, though firefighters made gains Monday and had it 10-percent contained.

The two blazes sent smoke as far away as Nevada, where officials issued air pollution warnings.

In Santa Clarita, 30 miles northwest of downtown Los Angeles, the fire broke out Friday, spreading through rugged mountains before making its way into canyons with sprawling subdivisions.

At the fire’s peak, about 10 percent of Santa Clarita’s 200,000 residents had been ordered out of their homes, but most were allowed to return Monday night.

Three Forest Service firefighters lost their homes at a remote fire station in the San Gabriel Mountains, including two who were fighting the fire at the time.

Investigators on Monday were trying to determine the cause of death of a man whose body was found in a car in the fire zone Saturday.