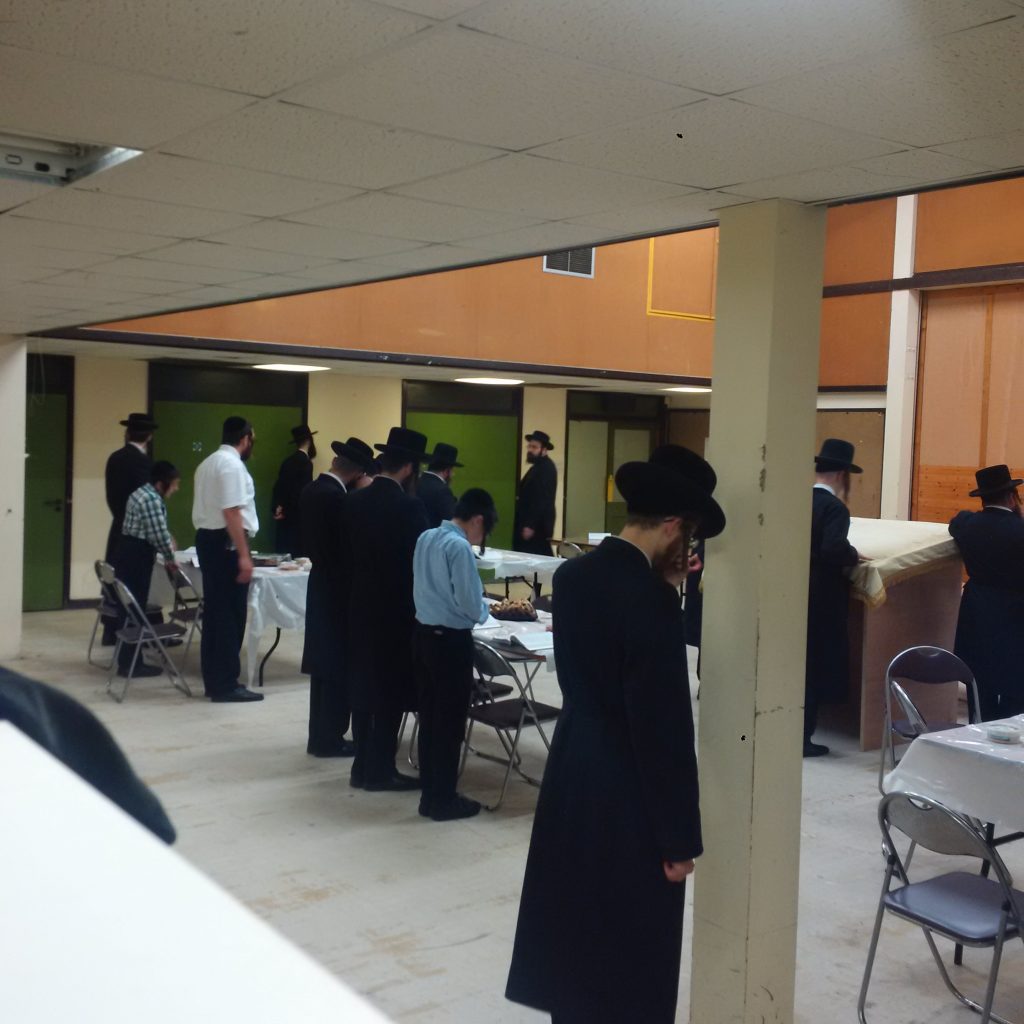 The Canvey Island kehillah is now officially up and running.

Canvey Island, a small reclaimed island in the Thames estuary in Essex, is about an hour’s travel east of Stamford Hill, London. As part of the expansion of the community in London, religious families seek housing opportunities elsewhere.

The first few families have already moved into the area, with more scheduled to arrive in the next couple of weeks. Last week, the kehillah completed the purchase of the building complex which will house the mosdos for the fledgling community, and on Shabbos they were used for the first time. A beautiful beis hamedrash was set up, with a new aron hakodesh, a sefer Torah and an ezras nashim.

Several families came for Shabbos, to ensure that there was a minyan and Hamodia spoke to one of the men, A.S., about his experiences. Mr. S. said that it was a lovely Shabbos with a beautiful atmosphere of achdus. Although it was a mixed crowd of people, everybody felt welcomed as part of the kehillah. Following the davening on Shabbos morning there was a kiddush to mark the occasion, with a speaker.

Mr. S. was very impressed with Canvey Island. He described it as clean and tidy with beautiful views. He commented that the local non-Jewish residents were very welcoming and greeted the kehillah members as they walked to and from shul, with one person going out of his way to say that he had been one of the people who had been very much in favor of the new kehillah. Mr. S. said that the houses are a good size and priced very competitively in comparison to more established kehillos. The new residents are very excited and positive about their pioneering project and some of the visitors were so impressed that they are now considering moving.

In order to create real kehillah environment, a temporary mikveh was set up before Shabbos and everyone came together for a melaveh malkah in a private house, after Shabbos.

The kehillah’s infrastructure is growing rapidly – the cheder opened on Monday, with three classes to cater to the different age groups of the children, and a girls’ school will open, iy”H, after the summer vacation. The kehillah has also set up an early morning ‘kollel boker‘ providing learning before davening.

A kosher grocery store will also be opening very soon.