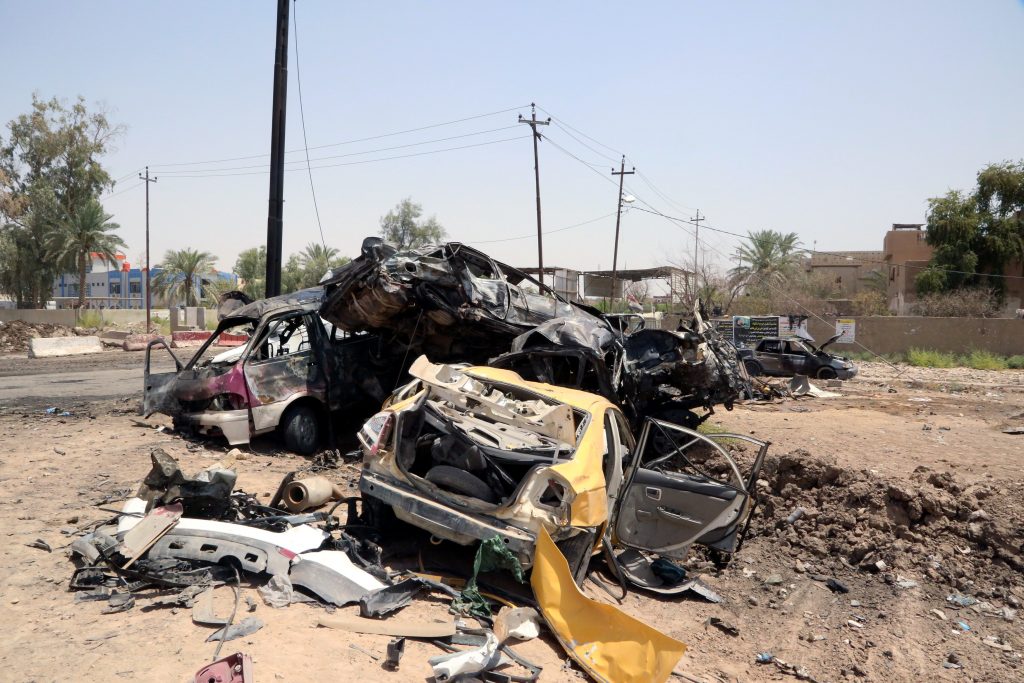 A suicide car bombing claimed by the Islamic State terror group killed 16 people including a group of women and children packed into a minibus outside an Iraqi town on Monday morning, police and hospital sources said.

A police officer at the scene said most of the victims died inside their vehicles while waiting at a checkpoint to enter Khalis, about 50 miles north of Baghdad.

“We still have charred bodies inside many vehicles including a minibus packed with women and children,” the police captain said, requesting anonymity.

Amaq, a news agency that supports Islamic State, said the attack had targeted Iraqi troops in Khalis, which is located in the eastern province of Diyala, a mixed Sunni-Shiite Muslim area bordering Iran.

Iraq declared victory over the Sunni terrorists in Diyala more than a year ago, but the terrorists remain active despite holding no significant territory there. Islamic State has stepped up attacks across the country even as it incurs battlefield setbacks in the country’s north and west.

Iraqi Prime Minister Haider al-Abadi has come under renewed pressure to improve security since a suicide attack claimed by Islamic State earlier this month killed 292 people in central Baghdad, one of the largest attacks of its kind since the U.S.-led invasion in 2003.

The ultra-hardline terrorists have lost much of the territory they seized in 2014 and Abadi has pledged to retake this year the northern city of Mosul, the group’s de facto capital in Iraq.