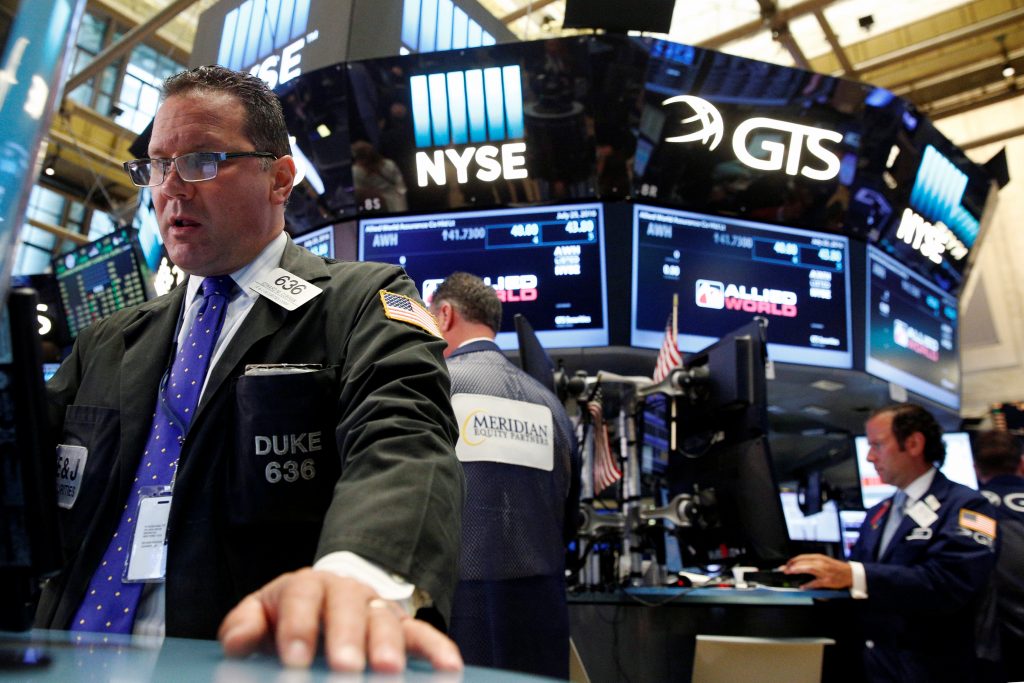 NEW YORK (AP) — Stocks were pulling back in midday trading Monday as investors took a break after four weeks of gains that brought the market to record highs. Yahoo fell after Verizon Communications announced it would buy most of Yahoo’s internet businesses for $4.83 billion.

YAHOO’S DEMISE: Yahoo fell $1.04, or 2.6 percent, to $38.33 after the company announced that Verizon would buy Yahoo’s advertising, media and email businesses for $4.83 billion, ending a five-month auction. Verizon will add Yahoo to its portfolio of recently purchased media companies, including AOL.

Once finished, Yahoo will be a shell of its former self, existing mainly as a holding company for its Alibaba and Yahoo Japan investments, as well as its patent portfolio.

TAKING A BREAK: It’s quite common for a market that has run up so far so fast to retreat. With the slow summer trading season and lack of economic news, traders say there are few reasons to be buying the market right now.

“This is a broad, but benign, sell-off,” said Ryan Larson, head of U.S. equity trading for RBC Global Asset Management.

“It’s another reason why the market looks fatigued at the moment,” he said.

ACCELERATING: Sprint jumped $1.07, or 23 percent, to $5.69 after the company reported a wider-than-expected loss but added a larger number of subscribers than expected. Japan’s Softbank purchased a controlling stake in Sprint nearly three years ago.

CENTRAL BANKS: The Bank of Japan and Federal Reserve hold policy meetings this week. With Japan’s economy barely growing, economists are speculating about whether its central bank may push more stimulus, likely lowering its interest rate further into negative territory.

Oil prices are down nearly 12 percent this month.