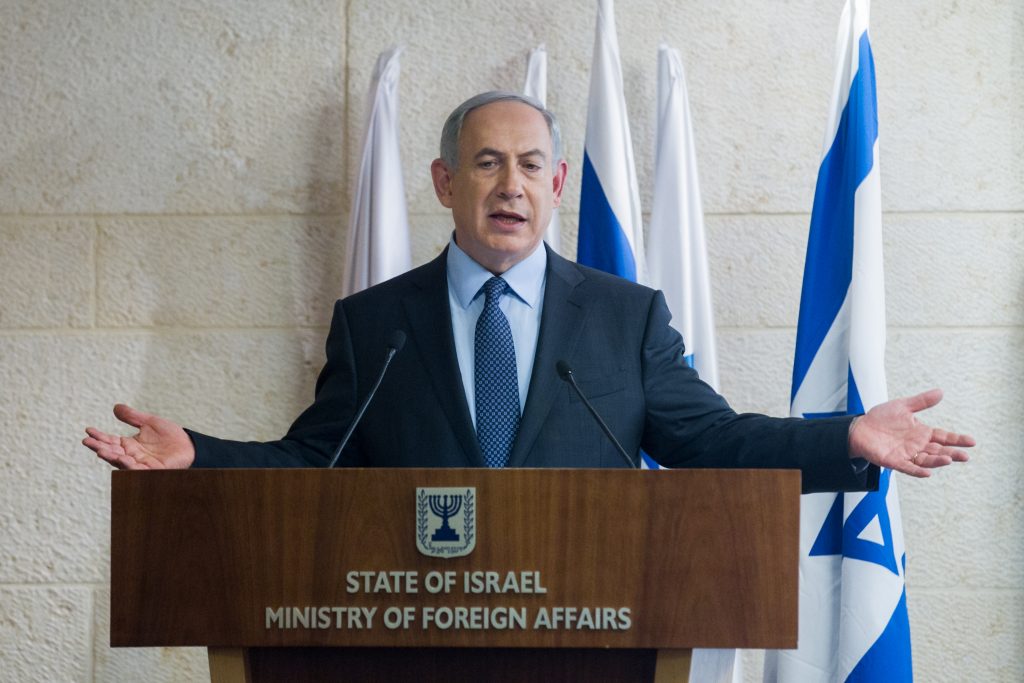 Besides being prime minister, Binyamin Netanyahu is also foreign, communications and regional development minister – but he plans on shedding at least some of those extra titles in the near future, he said before the Knesset State Control Committee Monday. In response to a question by committee chairperson MK Karine Elharar (Yesh Atid) about how he was able to function effectively in four different jobs, Netanyahu said that while he was able to handle the work, “I will in the near future shed some of these positions, so that I can concentrate even more effectively on the areas I believe are important.”

The government is over a year old, but some key positions – most notably foreign minister – remain unfilled. Netanyahu had offered the position to one of his potential coalition mates – considered for the job were Yesh Atid’s Yair Lapid and Zionist Camp’s Yitzchak Herzog, as well as Avigdor Liberman (who eventually became defense minister) – but when negotiations with those parties fell apart, Netanyahu decided to keep the positions open, a carrot with which to tempt new coalition partners.

The Economy portfolio, meanwhile, remains open as well, after Shas’s Rabbi Aryeh Deri resigned from that post last November over disputes regarding the framework for exploration of the natural gas fields off Israel’s coast. That position has remained unfilled, partly in the hope that Rabbi Deri will decide to return to it, government sources have been quoted as saying.

But after a year, it appears that all the parties interested in joining the government have done so, as advanced negotiations between Likud and Zionist Camp broke down in the spring. Netanyahu, meanwhile, has left the day-to-day administration of the ministries to current staff, but has been unable to develop policies for the ministries.

With that, Netanyahu has some solid accomplishments in foreign relations, most notably in his recent trip to Africa, which placed Israel solidly as an important player on the continent. While opposition MKs hammered him at the Committee meeting with questions about his effectiveness as foreign minister, Netanyahu repeatedly pointed out the positive aspects of his trip, including the numerous cooperation and business agreements signed, and the prospective renewal of relations with several African states, including Chad.

In addition, he discussed Israel’s improving relations with China, India and Russia – and showed off a poll that showed that Americans were more supportive of Israel than of Palestinians by a wide margin.

With the policies set in motion, Netanyahu said that it would be possible to transfer the ministries to others, presumably in the Likud – to which Zionist Camp MK Yoel Chasson quipped that “hearing this, there are several Likud MKs sitting right here with their tongues hanging out” over the prospect that they might be one of the chosen few to wear a minister’s cap.