Israel Labor Party in Search of a Leader
Israel 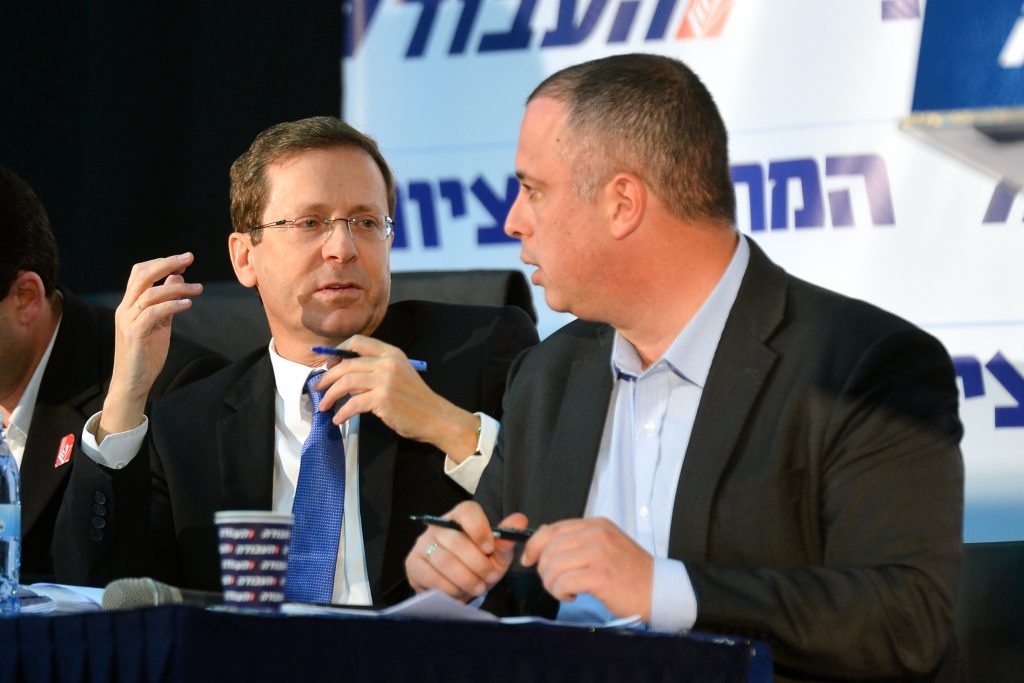 YERUSHALAYIM – A decision to postpone Labor party elections for another year will allow time to find new leadership, a senior member said on Sunday, The Jerusalem Post reported.

Labor’s secretary-general, MK Hilik Bar came out in support of the incumbent chairman Isaac Herzog’s proposal to put off primaries until July 2017, though not for Herzog’s reasons.

Herzog would like to put as much distance as possible between himself and his embarrassing failure to negotiate the party’s entrance into the Netanyahu coalition, using the time to refurbish his image and beat back challenges from rivals.

Bar, on the other hand, said he endorsed the July 2017 date, but he endorsed it in order to give the party time “to leave a door open to new forces and candidates who could run and take part in the party’s leadership.” He did not name names, but former IDF chiefs of staff Gabi Ashkenazi and Benny Gantz and Tel Aviv Mayor Ron Huldai have been talked about as potential candidates.

“I know it will be hard for some to hear this, but unfortunately it could be critical to strengthening us and persuading the public ahead of the next election against Netanyahu and the Likud, as well as other parties with whom we will be struggling for votes,” Bar wrote.

When asked by Army Radio if he was calling for Herzog to be replaced, Bar would not say it in so many words, but the message was clear.
“This is not an expression of no confidence in any of the candidates,” Bar said. “It is what everyone says and thinks in every meeting we have. Herzog understands. There is no drama.”

Herzog did not respond immediately to Bar’s letter. But he did retaliate against MK Shelly Yachimovich, who branded his proposal to put off the race for a year illegal, anti-democratic, and destructive.

“Yachimovich has reached a new low in divisiveness,” Herzog said. “After undermining every party chairman, she cannot scold about lack of democracy. I will present my leadership and my ability to reach a consensus against the combativeness and violence of Yachimovich.”

Yachimovich bludgeoned Herzog a few days ago in an email to supporters, saying: “It’s no secret that the public has a serious crisis of confidence with us, and it’s taken off to new heights since the attempts to crawl into the government at any price.”

Yachimovich claimed that Herzog’s attempt to extend his term until July 2017 violates the party’s constitution.

Herzog, she added, was doing so without a mandate from the party’s full membership. “No party chairman before him has dared do this,” the former Labor chairman said, herself included.

The party membership will decide on the date for new elections at the end of this month.